Sometimes, a life-changing connection can be closer than you think. In 2017, singer and songwriter Eric Burton made his way from California to Texas. Born in the San Fernando Valley, he grew up singing in church and then got heavily involved in musical theater. He started busking at the Santa Monica Pier, where he brought in a few hundred dollars a day and developed his performance skills. Burton traveled through the Western states before deciding to settle down in Austin, Texas — setting up his busking spot on a downtown street corner, at 6th Street and Congress, for maximum exposure.  Meanwhile, Grammy Award-winning guitarist and producer Adrian Quesada was looking to collaborate with someone new. He reached out to friends in Los Angeles and in London, but nothing seemed right. A mutual friend mentioned Burton to Quesada, saying that he was the best singer he had ever heard. The two musicians connected, but Burton took a while to respond (“My friends were like ‘Dude, you’re a madman — you need to hit that guy back!’”). Finally, he called Quesada and sang to him over the phone. “I loved his energy and his vibe, and I knew it would be incredible on record,” Quesada says. “From the moment I heard him on the phone, I was all about it.”  The results of that inauspicious beginning can now be heard on the acclaimed self-titled debut album from Black Pumas, the group that Burton and Quesada assembled. In just a couple of years’ time, Burton and Quesada turned their unplanned meeting into a Grammy-nominated act, with songs that have racked up millions of streams, won overwhelming critical praise, and launched multiple sold-out tours across North America and Europe. The album was nominated for Album of the Year at the 2021 Grammy Awards and has won acclaim from Rolling Stone, which praised “the tireless, charismatic energy of singer Eric Burton”; Pitchfork, which wrote, “The duo’s flair for drama is so stirring that they can seem acutely cinematic”; NPR; The Fader; The Guardian; Billboard; Essence; and many more. Their anthemic single “Colors” — nominated for Record of the Year at the 2021 Grammys — hit number one on AAA radio and has been streamed over 176 million times across all platforms. Meanwhile, the official live video of “Colors” has been viewed over 77 million times on YouTube. In their highest–profile appearance yet, the band performed “Colors” at President Biden’s official 2021 inauguration and then delivered a stunning performance at the 2021 Grammys. “They’re not an Austin band any longer,” raved NPR Music. “They belong to everyone now, and the world is waiting to see what they do next.” 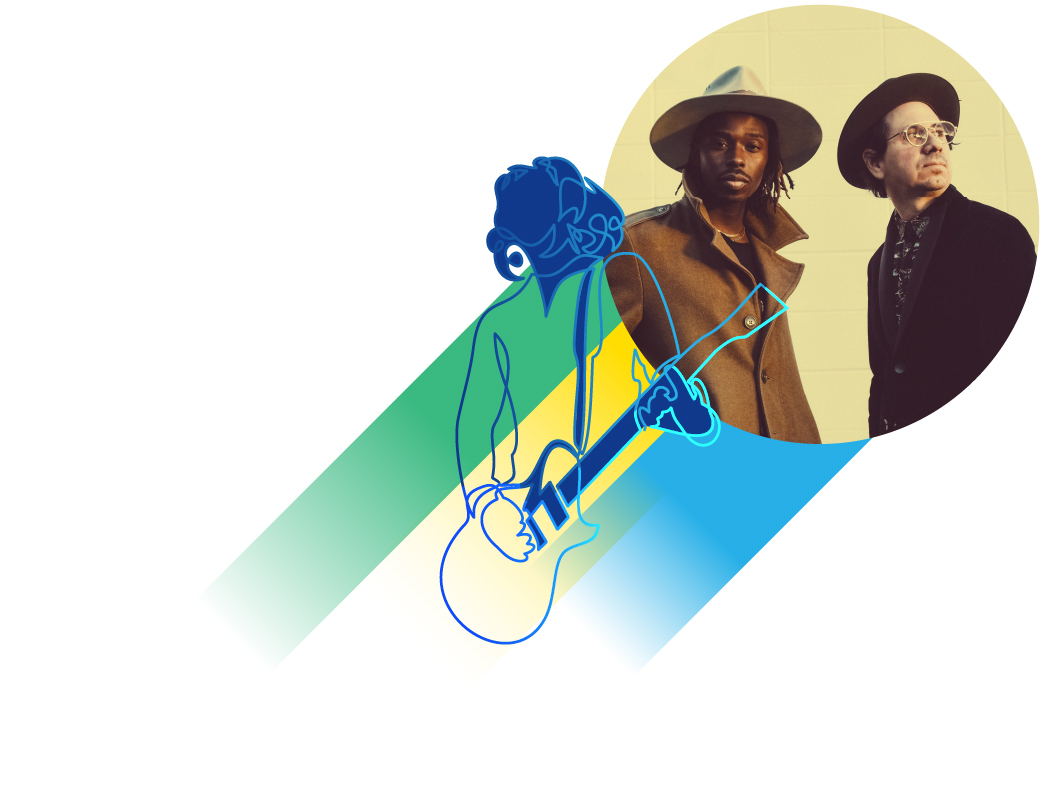