Jon has led VMLY&R as global CEO since the agency was established in September 2018. The agency — combining leading brands VML and Y&R — created a global marketing force with more than 6,500 employees and principal offices in Kansas City, London, São Paulo, Shanghai, Singapore, and Sydney. The Sudler U.S. network — one of the industry’s most respected healthcare practices — also became part of VMLY&R in 2018.

Prior to leading VMLY&R, Jon served as VML global CEO from 2011 to 2018. He joined the agency in 1996, and during his tenure VML grew from 30 employees in Kansas City, Missouri, to more than 3,000 employees across six continents.
Jon helped lead the agency to Advertising Age A-List honors — which recognizes the industry’s top 10 most influential and impactful agencies — from 2016 to 2018. The company was named Entertainment Agency of the Year in 2017 and 2018 at the Cannes Lions International Festival of Creativity, and has repeatedly been recognized by both Forrester and Gartner for expertise in digital marketing.

Jon embodies VMLY&R’s commitment to be our clients’ most important partner — creating connected brands with creativity, technology and data at the core. He works tirelessly to bring brands closer to consumers, customers closer to communities and communities closer to the world. 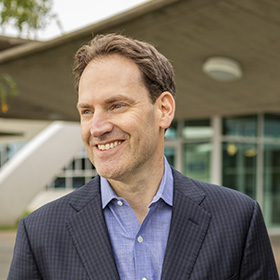