Mark “Forger” Stucky was Virgin Galactic’s lead pilot and director of flight test from February 2015 to July 2021. Prior to that, Stucky worked on the SpaceShipTwo program when it was at Scaled Composites. He joined Virgin Galactic after Richard Branson’s space tourism company took over the program after the crash of SpaceShipTwo VSS Enterprise on Oct. 31, 2014. The Federal Aviation Administration awarded astronaut wings to Stucky after he flew SpaceShipTwo VSS Unity to an altitude of 82.72 km (51.40 miles) on Dec. 13, 2018. It was the program’s first flight above 50 miles (80.5 km), which the United States recognizes as the boundary of space. Since childhood he aspired to be a pilot and astronaut and has also served as a military pilot in the Gulf war and worked as a test pilot for NASA. Stucky is the main character in the book “Test Gods” by New Yorker journalist Nicholas Schmidle that chronicles Virgin Galactic’s recovery from the accident. 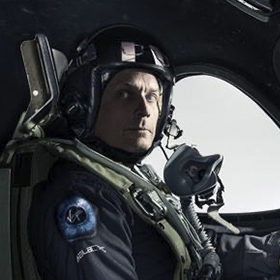