Head of Office of CIO, Nestlé

Tiago Mantovani was announced as Head of Office of the CIO effective September 1, 2021.

Tiago began his career in PriceWaterhouseCoopers as Auditor in 1997. He joined Nestlé in 2000 as F&C consultant in the early days of GLOBE and subsequently took part in the Andean Region GLOBE implementation. He returned to Vevey in 2003 to join the HQ where he rapidly assumed several positions of increasing levels of responsibility in F&C Costing and Decision Support. In 2007 he joined Novartis as Business Service Controller for F&C, HR, IT, Campus Real State and Shared Service Centres.

He returned to Nespresso in 2011 as Head of Business Excellence where he helped develop the direct-to-consumer business model, Back-Office integration with Nestlé and transfer of activities to NGBS Lviv. In 2015 Tiago was appointed Head of F&C for Nestlé IT where his contribution has been paramount to improve cost transparency, drive IT transformations, strategic contract negotiations, and improve investment appraisals.

His successful track record, strategic mindset, result focus and ability to bring people together to deliver shared goals, make him the ideal candidate to Head the Office of the CIO. 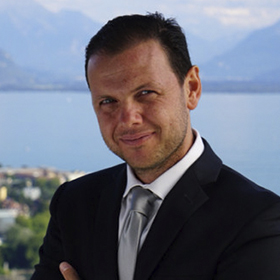