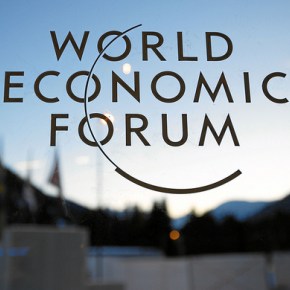 This was my eleventh trip to the World Economic Forum in Davos, Switzerland. My posts from the last few years can be found here:  2011, 2010. This year felt more subdued and fearful than the last few — a pall cast by the continually roiling European debt crisis. While caution emanated from the economy, hope and positive vibes pulsed out of technology. Most of the under 30 and under 40 types at Davos have recently launched tech companies — their energy and natural lean to the future kept the aging plutocrats on their toes. It’s obvious that the digital economy approaches — an economy in which no company, regardless of whether it sells tires, insurance, or machine tools will be able to expand market share and profit without continually thinking, “Digital first.”
Aside from that lesson, here are 14 other things I learned…
1) Mick Jagger is short and appears to be entering his 12th decade. But he’s still a great dancer.
2) 50% of the people in Middle East are under the age of 25. Demographics continues to drive political destiny. The Arab Spring will not be restricted to one season. A decade of turmoil lies ahead, caused by too many young people and not enough jobs.
3) A strange anomaly:  In a worldwide economy with high unemployment, many job postings remain unfilled. I met CEOs who are trying to hire thousands of people in the U.S. for IT services but can’t find qualified candidates. So they are spending money to educate and train their new employees — filling in the gaps left by what they characterized as incomplete education.
4) Capital floods the world, but good people and ideas remain scare. Davos was over-run by venture capitalists, investment bankers, and hedge funds with lots and lots of money. But they kept complaining about a shortage of: 1) great new ideas, and 2) ambitious, talented people. If you’re young and visionary in the world right now, it’s pretty hard to avoid getting blasted in the face by a bag of money.
5) I like Angela Merkel, the Chancellor of Germany. She is smart, direct, confident, and powerful. She promised that Germany would stand by its friends, and that she would help Europe become “…even more European.” I expect that when the debt crisis clears, the EU will be closer together, not further apart.
6) Desmond Tutu is one of the great men of the world. My favorite quote:  ” If we are hollow morally, our world will collapse.” Some other quotes which you may, or may not agree with: “We are all made for goodness, even bankers.”  “If our world exacerbates our differences, then it will be an unstable world.”  “We need a revolution run by women.”  “The young are important because they dream.”
7) According to economist Larry Summers, the German economic model (which is currently much admired), is, “…neither replicable nor sustainable.” Why? All countries can’t be net exporters (like Germany). Germany must become less German in the future — less of a high exporter and more of a domestic consumer.
8) Economic development in Africa has stalled in the last few decades. I attended a session — which included Presidents and Prime Ministers of several African countries — where the discussion leader, former UK Prime Minister Gordon Brown, noted that there are fewer roads in Africa today than there were 30 years ago.
9) The Indian outsourcers like Wipro, Infosys and TCS are all searching for new business models. While their businesses remain profitable, they are slowly sliding toward commodity status. And with ever-increasing wage rates and stagnant pricing, the cracks are beginning to appear. Look for lots of change upcoming in this business.
10) World leaders are certain that Barack Obama will be re-elected. My informal poll of 62 WEFers from all political, business, and geographical walks of life called the election for Obama 61-1. Watch out Barack — Davos rarely gets the future right…
11) Mexico will recover. Felipe Calderone, the Mexican President said that the country is building 150 new universities and now graduates more engineers per year than Germany. I may have to fact check this guy…
12) The Stuxnet computer virus ushered in a much more dangerous new world of malware. This virus was “weaponized” meaning it was built to destroy. And it was targeted at infrastructure — the most vulnerable and critical societal assets. The Code War (the coming cyberwar between countries) will take a dangerous turn if these types of malware propogate or evolve to a higher form.
13) Adam Lashinsky’s new book on how Apple operates, Inside Apple, contains a sobering idea for all of the over-educated Davos elite:  Apple follows none of the long-taught lessons of the world’s business schools.
14) This recession has years to run. In January 2009 (right after the meldown), the bubbles were still in the champagne at Davos. In 2010, everyone was hunkered down. In 2011, attendees were hopeful that we were getting out of the ditch. This year there was a numbing realization that it’s going to take more time to repair the damage and move on. Financial recessions destroy trust — and its restoration can takes years, or, as some have argued, a generation.