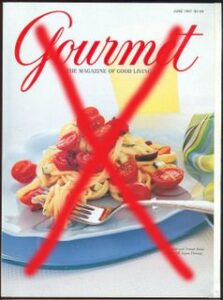 Quickly: If you are a CEO in the media industry, you must move your company through three stages.

Content: I was shocked when I heard that Conde Nast was shuttering Gourmet Magazine after 68 years of operation. Gourmet had 900,000 subscribers, with total readership of approximately six million. Yes, advertising revenue was off 30%, but clearly Gourmet was a brand and franchise that was destined to morph into an Internet beehive of content, social sharing of travel and food tips, community, and close affinity. And they were on their way with 8,000 Facebook friends, 22,000 followers for editor Ruth Reichl on Twittter, and a YouTube channel. Gourmet could have and should have become the upscale Grand Dame sister of Epicurious.com, Conde Nast’s successful recipe site. Why didn’t the company get this?

Because much of Conde Nast is stuck in media meltdown.

It’s all in a recent report from Forrester — How To Rebuild The Media Industries. I’ve extracted the most important lessons for CEOs:

CEO Lesson One:  Media companies must move through three stages. Stage One:  digitization — when their music, newspapers, books, magazines, TV shows begin to leave their traditional form and enter low-cost digital forms. The majority of media has passed through this stage. Stage Two:  media meltdown — when companies resist digital distribution, unsuccessfully try to reproduce their old analog business models in a digital world, and finally willy nilly liquidate their old assets in the hopes that their profit margins will rebound. That’s the stage where Conde Nast finds itself. And then finally Stage Three:  rebuild — when CEOs figure out the new pricing models, understand that consumer convenience is the new imperative, let the market (not imperious editors and producers) decide what it will pay for and value, and move their companies forward.

CEO Lesson Two: Get your company through media meltdown as fast as possible. Rupert Murdoch is clearly not there yet — he spent the week threatening to sue the BBC and Google for “…stealing content.” You might be able to replicate your old model for a time, but, as the Forrester reports states, “…you do so under a sun that is gradually sinking on the horizon.” The more time you spend in the meltdown stage, the fewer resources you’ll have to work with during your recovery — cf. Gourmet.

CEO Lesson Three:  Use your leadership to prod, push, cajole your company into Stage Three. No, it won’t be easy and you could very well lose your job in the process — note that Reed Elsevier’s Ian Smith left the company this week after spending nine months on the job. Your executives may only know the old way. Your board may only know the old way. You see lower operating margins ahead. You don’t have a clear pricing model. But why wait around while Jeff Bezos, Steve Jobs, and the Google guys feast on your carcass? Get out there and start innovating and moving at their speed. You have no choice.