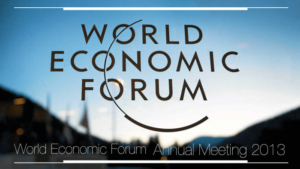 I have arrived home from the multi-layered onion that is Davos, aka The World Economic Forum. Here’s what I learned from the sessions, hallway conversations, head of state speeches, late dinners, early-morning breakfasts, and serendipitous encounters.

Optimism about the economy was running hot — especially when it came to the U.S. Budding energy independence and a recovering housing market are seen as big drivers for the American economy — and its turnaround will pull the world economy out of its ditch. Or at least, that’s how the story goes…

I was at a dinner with Steven Levitt, the author of Freakonomics and his follow-on book, Super Freakonomics. He works with large companies to help them gather data on their businesses and then make rational, economics-based decisions — how to improve cars or create the perfect fast-food menus. There’s only one problem — the execs refuse to believe the data. Big Data may have arrived, but the age of Big Gut persists.

In an era of Lindsay Lohan and Kim Kardashian, Charlize Theron restores some faith in humanity, or at least in movie stars. She’s articulate and passionate about her cause — AIDS eradication in Africa. She expertly uses her celebrity to raise consciousness of the issue — and to raise money. Very impressive.

China is now able to build a city of 10 million people in five years. Zhang Xin, a Chinese developer, is very proud of a cool new building she is currently constructing. Only one problem — another developer in China has copied the design and will finish the copycat building before the original opens. There’s a name for this in China: “Photoshop architects.”

I met Greg Lucier, CEO of Life Technologies Corp. Life Tech can read, write and edit DNA. Incredible. The scariest thing he told me:  You can now go on-line, order up specific DNA, and it will be delivered to you in one week. But what if it’s DNA for the H1N1 flu virus? So far, no law restricts that from happening.

I ducked into a session on particle physics — everyone was exuberant about the supposed verification of the Higgs Boson via the Large Hadron Collider. But then I got on a bus with a Nobel Laureate in materials science. He acerbically told me that particle physics is a dead discipline and that the LHC was a big waste of money. “The particles are all discovered — there’s very little left to do.” Somehow I think his last grant proposal got turned down…

Lots of talk about shale gas. An amazing fact — if the U.S. were to become a gas economy, the country would meet its Kyoto long-term emission targets.

I asked a former high-level member of Obama’s administration where Obama would end up on the spectrum of Presidents. His answer — bottom of the top third. Then I bumped into a prominent TV political analyst. His answer: “Middle of the pack. But Barack is a good writer so he’ll work hard to make the history look as good as possible.”

The quasi-techie elite are all wound up about 3D printing — “Change the world,” “Put factories out of business,” “You could build a car in your basement!” But a prominent engineer popped the bubble — “It’s very, very crude. All you can do is make crappy plastic junk.”

The Edelman Trust Barometer showed trust slightly up worldwide. Here’s a weird one — trust in big companies and government is high in China. That’s what happens when you increase living standards, regardless of how that is achieved.

You’ve got to love Jamie Dimon, the CEO of J.P. Morgan. In the face of the 2008 meltdown (200 million people are estimated to have lost their jobs), he remains combative, confident, and defiant. Is J.P. Morgan too big to fail?

I really like the clarity, strength, and vision of David Cameron, Prime Minister of the UK. He’s an unabashed supporter of low taxes and capitalism — but it has to be fair and transparent capitalism. He’s going to the G8 with a proposal to crack down on companies that aggressively avoid paying taxes — like Starbucks in the UK. “It is too aggressive. It is unethical. It comes down to an issue of fairness.” He big-time rattled the EU cage with his statement that the UK will have a referendum on whether it should stay in the EU. Angela Merkel, the German Chancellor, seemed subtly peeved by the whole thing.

At a session on entrepreneurship there was talk about how most people who start companies can’t work well with others and so they can’t scale. Great quote: “If you want to go fast, go alone. But if you want to go far, go together.”

Cyber security was a big deal. There are three types emerging: 1) Cyber terrorism where wanton damage is the goal, 2) State sponsored attacks that are acquiring intellectual property or damaging a country’s infrastructure, and 3) Cyber crime where criminals steal money or other resources. Eugene Kaspersky, the CEO of Kaspersky Labs, said that 100% of large companies have been penetrated with malware. According to Ian Livingston, the CEO of British Telecom, cyber security should be seen as one of the top three risks for any large company.

I went to a Young Global Leaders session on design. One designer said that she used the four “MacGyver Principles” to guide her design projects. For MacGyver (yes, the TV character): 1) He was a doer, 2) His resources are defined, 3) His goals are clear and deadline is imminent, and 4) He doesn’t ask for permission. Love it!