In 1998, Jojo led the family corporation, Concepcion Industries, Inc., when it entered into a joint venture with United Technologies Corporation, forming Concepcion-Carrier Air Conditioning Company. This joint venture set the foundation for the organization’s sustainable profitable growth, anchored on strong fundamentals and values.

After 15 years, Jojo re-engineered the company into what is now Concepcion Industrial Corporation and took the company public in November 2013. Shortly after, two landmark joint ventures were formed under his leadership—one with Chinese appliance leader Midea and another with global elevator and escalator brand Otis—opening up the expansion of CIC to offering solutions to the commercial sector. 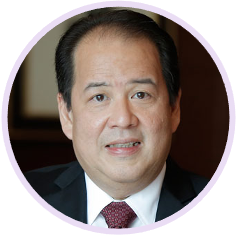