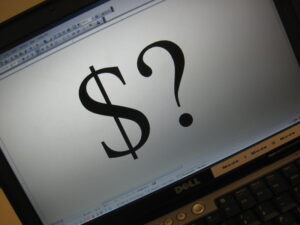 I was at a Forrester event on Wednesday with 50 $1B+ CIOs and Enterprise Architects. When I asked the group whether they thought we were in a recession, three fifth’s said “yes.” Then I asked whether they thought their tech budgets would be cut this year– one fourth said “yes.” And one smart ass CIO said, “Hey my budget always gets cut — nothing will be different about this year.”

What it means:  While Forrester has lowered its estimates of tech spending increase for 2008 from 6% to 3%, the climate doesn’t feel cold for IT/Business Technology. Projects are moving ahead, new Services-Oriented Architecture re-builds are in flight, green IT/BT data centers are breaking ground, server upgrades continue apace. So much fat was extracted from corporate technology teams in the 2001-2003 IT depression that now they are performing with high ROI and high efficiency — which may be the best buffer from meltdown in 2008.

Is a secular recession here? I think the answer is “yes.” For tech, I believe it will be a mild slowdown.

What do you think? IT/BT recession or not?