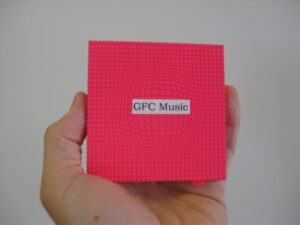 When a new technology was introduced in the 1980’s, my then Yankee Group boss Dale Kutnick would cryptically remark, “It’s happening.” But most of the “happening” was incremental, without much impact on society or culture.

25 years after “The computer moved in” (fascinating retrospective reading) all of that incremental digital change has accumulated. And the many water drops of progress have created a tidal force that, in its essence, is making things go away…

My CDs made my records go away…
…my iPod made my CDs go away. All of my music (and I love music) is now held in my hand.
My digital camera made film and all of my boxes of disorganized pictures go away.
Craig’s List is vaporizing the classified (…and some damn good newspapers with them).
Wikipedia made my Britannica go away.
Dictionary.com deleted my cherished Webster’s dictionary.
Wang word processing disposed of my typewriter.
Bluetooth in my car deleted On Star — digital kills digital.
My EZ-Pass vaporized my friendly toll taker.
Google Earth sent my National Geographic atlas to Goodwill.
Pixar got rid of the actors.
eInk will make my books vanish.
GPS on my Blackberry deleted my Garmin handheld.
Cheap transatlantic telecom made a number of programming jobs in the U.S. and Europe go away, re-emerging in India.
Kiosks replaced my triplicate carbon airline ticket.
I’m not taking a planned trip to California this week because I’m having my meeting in telepresence — the high definition Cisco video teleconferencing system.

Most business executives believe that history is on their side. It’s not. The digital vanishing act is just beginning.

What will digital make vanish next?