Skip to content
< Blogs
Home > Featured Blogs > At Last, After A Long Courtship, They’re Engaged! (Ariba and Quadrem, That Is)

No, I’m not wasting Forrester’s blog space for yet more coverage of the royal engagement. I think Ariba’s proposed acquisition of Quadrem, that it announced today, is much more interesting. http://ht.ly/3bPei 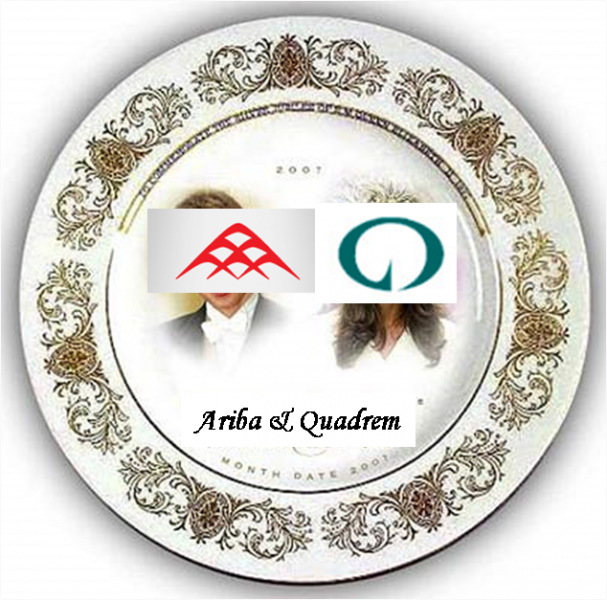 Forrester has been predicting, and advocating, consolidation in the procure-to-pay market for a while:

“Once consolidation starts, the natural imperative of scale in the technology business will transform the market into one in which a few large, successful, interoperating networks enable buyers to reach all their suppliers, however small or physically remote.” Enterprises Should Push Supplier Networks To Deliver Interoperability, July 2009.

While I’m unqualified to comment on whose investors do better from the $150m purchase price for a company with about $50m revenue, I do believe the merger is good news for both sets of customers and suppliers. Firstly, Ariba reinforces its place as one of the four or five large supplier networks that will eventually dominate the market. Its customers now get access to a wider stable of suppliers. Quadrem originated as a marketplace for mining companies, so it is particularly strong in MRO categories and in natural-resource-rich regions such as Africa and Latin America where Ariba is under-represented.

Secondly, Quadrem customers will, in time, be able to upgrade to a superior platform (Quadrem is currently based on an old version of SAP's SRM module) without having to worry about switching their suppliers to a different service. They’ll get a much large stable, and a better product roadmap. Plus they’ll get out from under the Sword of Damocles that now hangs solely over Hubwoo customers, namely SAP deciding to fill the supplier network gap in its SRM portfolio.

The main challenge for Ariba will be to retain as customers the members of the founding consortium once they are no longer co-owners. In previous cases, such as Hubwoo’s merger with Traderanger, the existing revenue stream melted away once the lock-in period ended. Ariba’s recently-increased charges to supplier members may be a source of tension in this regard. Some Quadrem suppliers may face a price increase, but will benefit by being able to reach more customers through one gateway.

Michele Goetz 1 day ago
2023 predictions for data mesh: Clarity, challenges, more confusion, and opportunities are all just part of the journey.
Read More