There’s been a lot of buzz (some positive and not so positive!) about comments I have made about the current state of the digital music market in The New York Times and at Midem.

The quote that really grabbed the attention was “As Things Stand Now, Digital Music Has Failed.”

The problem with a quote like that, of course, is that it can mean many things to many people without further context, so here’s the additional context I gave around this in my Midem speech:

1 – To offset the impact of declining CD sales.

2 – To generate a format replacement cycle.

3 – To compete effectively with piracy.

The simple fact is that current music products do not meet consumer demand, and the divergence between emerging consumer behavior and legitimate music products is widening at an alarming rate. 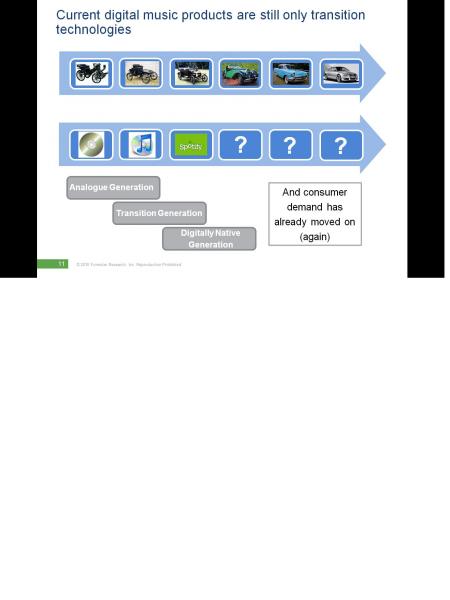 Current digital music products are essentially transition technologies that were useful for bridging the gap between the analogue and digital worlds, but now it’s time to start the digital journey in earnest. The current portfolio of digital products will not get us there. Consumer behavior, as disruptive as it may be, is rapidly outpacing the evolution of digital music products. This means a complete new wave of music products that embrace access and experience, instead of trying to replicate analogue-era distribution business models in a digital context.

Selling units of "stuff" is not the future. The slowdown in digital music growth is rock- solid evidence of this fact.

Music products must harness disruption; that isn’t in question. What is in question is whether they will do so quickly enough to prevent another massive chunk of the marketplace disappearing for good.

Nikhil Lai 5 hours ago
The question I’m asked most often is “Is retail media overhyped, or is it the next big thing?” This question comes, in part, from media coverage and forecasts, including Forrester’s, that project a significant share of ad spend — nearly $100 billion, according to Boston Consulting Group — being absorbed by retail media networks (RMNs) […]
Read More
Blog

Stephanie Liu 7 hours ago
In the era of data deprecation, many B2C marketing clients are asking me “How can I get more first-party data?” or “How do I get more customers to share data with me?” It’s a valid question and a totally understandable one. A common recommendation (including from Forrester) to contend with the loss of third-party cookies, […]
Read More