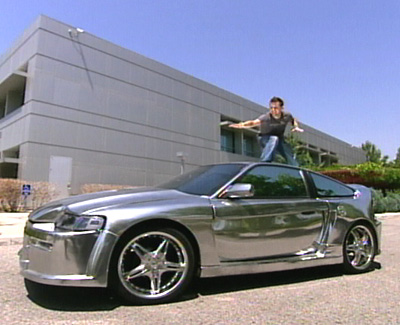 So far, IBM is following the product integration roadmap John Rymer and I laid out in our report published immediately following IBM’s acquisition of Lombardi.  With today’s announcement, IBM checks off the first point of integration on our list: establishing a single repository across Lombardi Teamworks and Websphere Process Server. With Business Process Manager V7.5, IBM will deliver a single repository for process assets that leverages Lombardi’s impressive “snapshot” version management and governance capabilities, providing a unified approach to administering and reusing process and integration assets.

Although IBM has done a great job of delivering a unified repository, the core BPM engines and development environments will continue as standalone and separate entities — at least for BPM V7.5. While this is not surprising — we predicted that it would take three to four years for IBM to completely integrate Lombardi and WPS into a single unfied environment — we expected IBM to communicate a strategy or vision for merging the engines as part of this announcement.

Why is this important? Many legacy Lombardi Teamworks and Websphere Process Server customers are holding their collective breath to learn when they will need to bite the bullet to migrate to a unified process engine. Most customers realize that a single process engine is inevitable, given the cost IBM would incur maintaining two separate process execution environments — not to mention the cost of maintenance customers would incur.

When IBM first briefed us on BPM V7.5 earlier this year (code-named Gemini at the time), it reminded me of MTV’s “Pimp My Ride” series. If you recall, hosts on the “Pimp My Ride” series (come on, I know you also tuned in) took an older-model, worn-out car and converted it into a cool “pimped-out” ride. As IBM walked me through the new features of the unified environment, I pictured this new pimped-out IBM BPM offering — it looks slick, is more business-oriented, allows teams to share artifacts across environments.

But ultimately, IBM needs to provide legacy Lombardi and WPS customers with a clear vision and direction for merging the two BPM engines and development environments. Otherwise, IBM customers will face the same confusion and frustrations experienced by legacy BEA customers — who finally emerged from the BPM wilderness last October when Oracle delivered a unified BPM engine and development environment. But it took Oracle three years and several communication fits and starts to get it right. It remains to be seen whether IBM repeats the same pattern.

Paul McKay 5 days ago
Customer requirements and business needs are constantly changing. In order to successfully address those shifts, organizations are left with no choice but to align their ecosystems. Enterprise architecture (EA) is key when it comes to rewiring business capabilities to a value-driven approach and reinforcing organizational preparedness for future. The Forrester Outcome-Driven Architecture Model is founded on architecture […]
Read More
Blog

Frederic Giron September 22, 2022
Enterprise architecture (EA) is a strategic capability for many Forrester clients. It is essential that EA in all its permutations be results oriented, pragmatic, and practical to remain relevant. In Forrester’s Enterprise Architecture Award, we look for stories of EA excellence resulting in tangible business and customer results. The Forrester Outcome-Driven Architecture Model rests on a […]
Read More