Quickly:  Advertising’s limitations will put a lid on the “free” economy.

Chris Anderson’s article in the latest issue of Wired claims that Web economics will drive almost all content to be “free,” funded by advertising, cross-subsidies, etc. While this is an obvious conclusion given Google’s run, advertising has its limits: 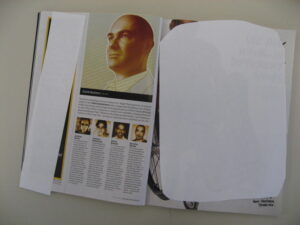 1) The value of time. Advertising wastes time, requiring more clicks, more screens, more waiting. In an ever-wealthier world, consumers will be willing to place a premium for advertising-free content that can be accessed and absorbed quickly.
2) Cognitive pollution. Advertising brings no learning, teaching, or valuable advice. In a future that will highly value sharp IQ, over-exposure to ads will dull the mind.
3) Objectivity. Why don’t top scientific journals, Edgar, and the Congressional Record carry ads? Because their value lies in impartiality.
4) Form follows ads, not function. Yahoo and the Economist are built to deliver advertising, not to deliver value. That’s why Yahoo offers value-light sidebars that attract the reader to click away to another page (and another ad-impression). Have you ever read an Economist article that could have been summed up in a short paragraph? Instead you had to read through paragraphs of filler as the writer drags you through pages of ads. Google search hasn’t substantively changed or increased in value in years — because the company is stuck in its ad-driven business model.

What it means one:  Anderson is half right. Many are willing to sacrifice time and attention to get their content free. But a growing market will pay to get just what they need, when they want it, with few or no ads.

What it means two:  Technology giveth, but it also taketh away. As advertising proliferates, so will ad-killer software, challenging the economics of “free.” The guerilla war will be never-ending…

What it means three:  Criticality of information on the Web will push out ads. Why aren’t there ads on Wall Street trading systems? Why aren’t they on first-responder radio links? Because users of those systems have critical jobs to do – ads divert them from those jobs. As more mission-critical systems pervade the Web, think subscription, not ads. See Bloomberg.

What it means four:  Human activity that requires completeness of thought or unimpeded concentration will eschew advertising. That’s why books do not carry ads.

As the Internet moves from its file-based, Web structure (which is well-suited to the ad model), to a more executable architecture (more like a lively, real-time conversation – check out what I’m talking about here) new types of mission-critical content will find its way on-line. And much of that information will be paid for with hard dollars, not advertising.