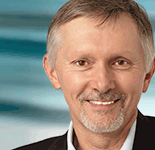 Companies win and lose based, in great part, on the talent of their people. That’s also where the challenge begins. The rapid movement to all things digital has created real and dangerous gaps in talent; those gaps are exacerbated by political, geographic, generational, and design issues including:

These forces are conspiring, placing pressure on acquiring and retaining talent. It’s forcing leaders to think and act well outside the box: developing distinct innovation operations physically separate from the core business; opening offices in hot spot cities to directly compete for talent; and in similar fashion, creating an organic digital culture.

What It Means 6 days ago
Low-Earth-orbit satellites open up a host of new opportunities for businesses. Should your firm be exploring these new solutions? Find out in this episode of What It Means.
Listen Now
Podcast