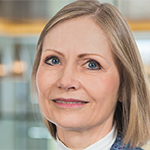 Blockchain is all the rage. It is following a typical path for new technologies and business models that solve big problems and capture our imagination: It starts with a good idea. It gets co-opted and corrupted by marketers and opinion makers — blurring the line between hype and reality. It settles down into an early form of its ultimate purpose and destiny. It arrives, underpinned by standards and norms. Today, we are in the co-option and corruption stage.

Blockchain’s ultimate purpose and destiny is to create an architectural concept that enables new ways of doing business in dynamic ecosystems that are utterly dependent on trust. Technically, blockchains are write-once, append-only data stores that are cryptographically secure, distributed, either partially or completely replicated and, in their pure form, fully decentralized. There are two main types of blockchains: public/permission-less blockchains that allow parties to participate freely without formal gating functions (e.g., Bitcoin) and private/permissioned blockchains in which participants are known and fully vetted (e.g., blockchains for logistics/supply chain).

Ultimately, blockchain will be a critical economic and market capability, whether the use case is currency trading, logistics, IP rights, or other transacting and sharing of digital or physical forms of value. Industries are increasingly adopting digital platform environments as a way of conducting business across established and dynamic ecosystems — fueled by data but, again, utterly dependent on participants’ ability to trust data, transactions, and records. It is worth restating, though — while blockchain is vital, it also is polluted with a lot of jargon, hype, and clutter.

In this podcast, Martha Bennett clarifies and demystifies blockchain, providing a dispassionate view of where we really are and where (and when) we are going and a passionate perspective of blockchain’s role as an economic engine.