Console gamers play on game consoles because they can play against others (49%), while computer gamers choose their platform because it's convenient (55%) and kills time (51%). 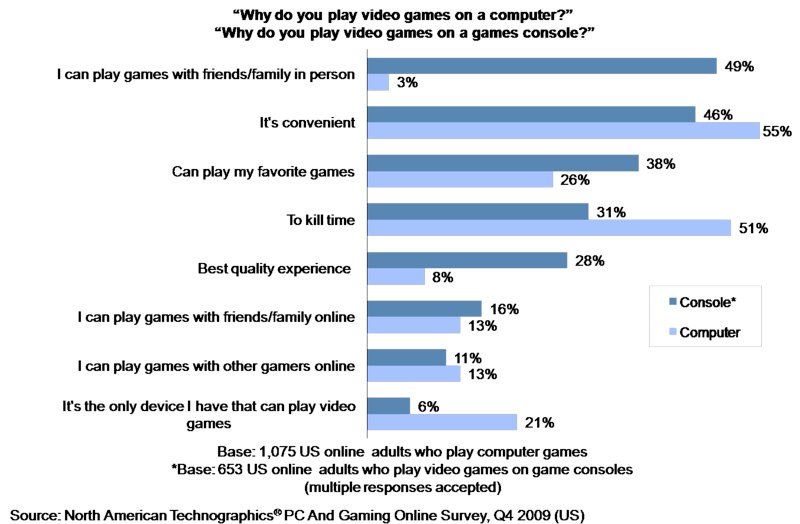 Did you know: Puzzles and card or board games are the most popular computer/video games played; around one-third of online US adults play these.