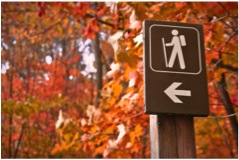 Today, with some fanfare, Oracle announced its Oracle BPM Suite 11g Release. Although the product has been GA since late April, Oracle is just now launching a major campaign to announce and promote the new release.

The Oracle BPM Suite 11g release comes as a long-awaited announcement for former BEA customers that built large-scale BPM practices and competency centers around BEA's AquaLogic BPM (ALBPM) Suite offering.  Since Oracle announced its acquisition of BEA in January 2008, many of these customers have been scratching their heads trying to figure out whether Oracle was going to kill BEA's BPM Suite in favor of Oracle BPEL. And in some cases, Oracle helped fan the flames of confusion by putting out conflicting messages about which product would survive.

Prior to joining Forrester, I led a dedicated BPM practice for a global consulting firm based in Washington, DC. I stood up the practice with Fuego – a leading BPM suite vendor at the time – as our premier BPM suite partner. We transitioned to partnership with BEA when Fuego was acquired by BEA in 2006. And then finally transitioned to partnership with Oracle, when Oracle acquired BEA in 2008. Over the past 5 years I've had a front row seat – across sales, delivery, and support – to the evolution of the product that Oracle now calls Oracle BPM Suite 11g. I've seen its sparkles and its warts over numerous large-scale implementations for public sector and commercial customers.

In many ways, Oracle's BPM strategy reminds me of the Israelites that wandered around for 40 years before finally stumbling out of the wilderness. With BPM Suite 11g, it seems Oracle's time in the "BPM wilderness" might be coming to a close – and I'm sure Oracle customers are happy it only took 2 years instead of 40 (smile). Oracle's BPM Suite offering still has some work to do to balance the needs of the business with the needs of developers, but 11g represents a major step in the right direction and should be well-received by existing Oracle BPM customers.

I want to hear from you. Let me know if you think Oracle BPM Suite 11g will help Oracle emerge from the "BPM wilderness" or if they still have more work to do to make BPM a centerpiece in their overall strategy.  If you're an existing Oracle BPM customer, let me know how you feel about this new release and which new features you feel will have the greatest impact in your environment. Post your thoughts in the comments section, or feel free to shoot me a quick email at crichardson@forrester.com.

Frederic Giron 5 days ago
Enterprise architecture (EA) is a strategic capability for many Forrester clients. It is essential that EA in all its permutations be results oriented, pragmatic, and practical to remain relevant. In Forrester’s Enterprise Architecture Award, we look for stories of EA excellence resulting in tangible business and customer results. The Forrester Outcome-Driven Architecture Model rests on a […]
Read More
Blog