Google announced yesterday that it is buying ITA Software for $700 million. ITA does two main things: airline eCommerce and reservations management solutions and a cross-airline flight comparison tool called QPX, used by most of the major travel comparison Web sites including Kayak, Orbitz, and Microsoft Bing.

Google purchased it for the QPX product in a classic example of buying technology instead of either building it in-house or licensing it.

Today, Bing, Microsoft’s search offering, offers a solution that is based on QPX to help customers search for flight information on the Bing Web site. Google has nothing comparable; instead, they direct customers to other travel specific sites (see the screenshots below).

This left the acquisition as the only viable path to regaining leadership in this area, while at the same time placing Microsoft in the awkward position of relying on Google-owned technology as the backend for one of their major search features.

Google is promising to honor ITA’s existing customer agreements, a fact that can hardly comfort Microsoft as it seeks to gain share in search, not sustain parity. Will Google’s “buy” decision lead to more or less differentiation among Web 2.0 travel sites? 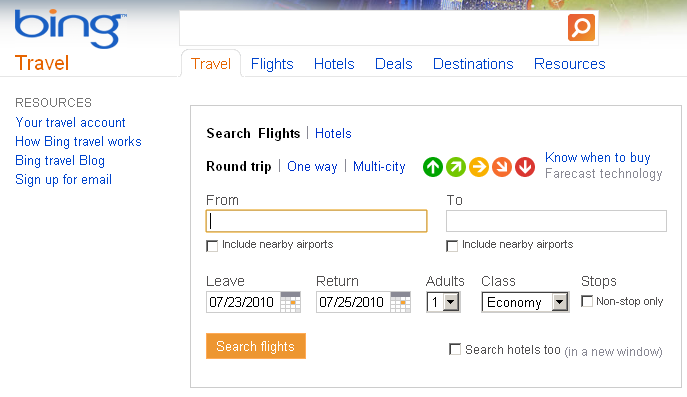 More information: Google’s Webcast, and post of facts about the acquisition.