Last year, Internet inventor Tim Berners-Lee called for access to raw data as the next step in the evolution of the Internet. Apparently Transport For London (TFL, UK) was listening and has recently opened its doors to the commercial use of large amounts of primary data sets and live feeds. The data newly available includes: tube and train traffic data, feeds from live traffic cameras, Oyster card top-up locations, pier and station locations, cycle hire locations, and riverboat timetables. Following this up, TFL has announced plans to release further information on bus stops, routes, timetables and schedules. Access to this data represents an opportunity for developers to create travel applications based on real-time information. In one such example a web-based mash-up plots the approximate position of every single underground train. While interesting to Londoners who may be able to navigate their morning commute a little better (there's still no escaping the inevitable squeeze on the Central Line), this is a compelling move by TFL to allow access to the same data it uses to power its own information boards. As we see it, such access:

AND, perhaps most important to the broader smart city vision, 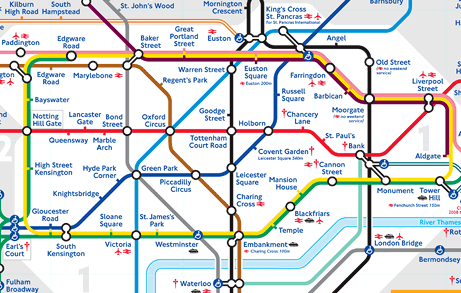 Other countries and cities have also gone some way to freeing and leveraging their public data. The US has extensive government websites with plenty of metrics and reports (see examples of detailed overall spending and project management initiatives for the economic recovery). Also, the Singapore Land Transport Authority has recently released a national transport application encompassing live cameras, traffic information and public transport (buses and trains). However, both these examples seem to ignore the call by Berners-Lee for access to the “raw” data.  The US websites are good for tracking but insufficient for building applications; the Singapore example provides the application itself rather than the data for developers to get creative themselves.  Moreover, neither provides a revenue opportunity for the city itself.

Access to anonymized data through a portal like the London Data Store helps the city get closer to addressing its packed IT agenda on a limited city budget.  By opening up data sets – like transport – for commercial use, the city can simultaneously shift the associated costs, harness the creativity and efficiency of the private sector, and provide a valuable service to its population. Furthermore, progressive cities will see the potential positive feedback loop, where citizens use these applications, increasing the use of public transport, increasing the available data that drives the accuracy and usefulness of future applications.

The monetization of anonymized public data is just one example of a creative business model for fulfilling the smart city vision, a topic that we will address in an upcoming report, Getting Smart About Smart Cities: Understand Opportunities and Obstacles in the Public Sector and Beyond (working title). We welcome other examples.

Please let us know if you have any thoughts or comments.

Biswajeet Mahapatra 4 days ago
Forrester is a trusted go-to partner for many CIOs across the globe. CIOs have been working with Forrester on various initiatives to build a customer-obsessed organization of the future. I am excited and thrilled to be joining Forrester as a CIO analyst to carry forward this great legacy. Never before have CIOs dealt with both […]
Read More
Blog