On Sunday I will be participating in IBM’s Middle East and North Africa CIO Conference 2010, where I will present my research on Smart Cities. I’m looking forward to speaking with practitioners from the region to hear about their experiences in making their cities, organizations, and businesses more efficient through innovative technology-based initiatives. My presentation is entitled “Taking Lessons from Smart Cities,” because the real smarts lie in how these “cities” – whatever form they take – have overcome obstacles from budget battles to stakeholder standoffs. 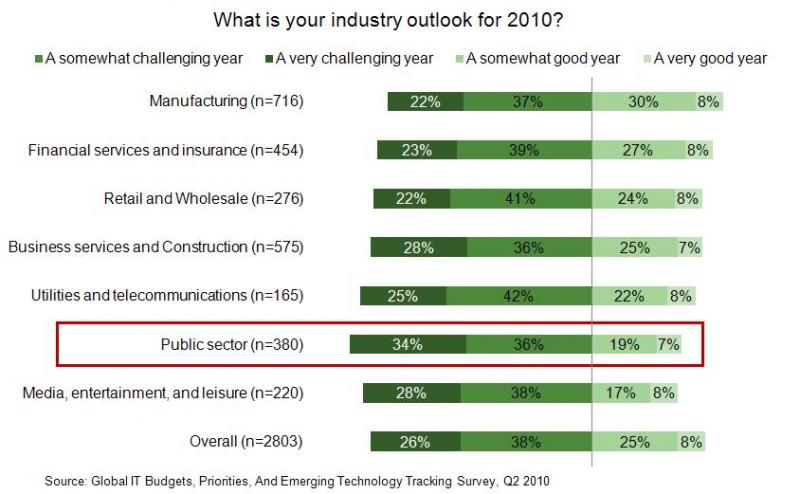 That same survey, however, also revealed expectations of IT spending increases in the public sector: 37% of public sector IT decision-makers expected IT budgets to grow by at least 5%; 11% expected increases of more than 10%. Some of that spending is creatively financed.

My upcoming report will address these business models in more detail. And I welcome other examples of how we can continue to take lessons from smart cities.