The word is that promise of sCommerce (social commerce) and fCommerce (Facebook commerce) is more speculative than proven. What about the role of social media in government and governance? Mayors, other city leaders, and local organizations increasingly communicate and interact with their constituents via social media. 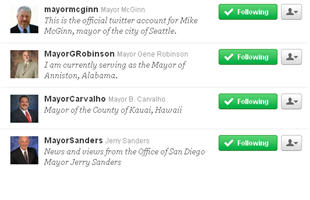 I’ve been collecting examples of sGovernment and fGovernment. I follow a number of mayors on Twitter, including the mayor of San Diego, the mayor of Seattle, the mayor of Anniston, Alabama (not sure why), and several others. Admittedly, I’m more interested in how they are communicating than in the events in the particular city. I’ve also checked out the Twitter feed of the general manager of the Massachusetts Bay Transportation Authority (@mtbaGM), but I don’t follow it. And I had to chuckle at the antics of the Artūras Zuokas, mayor of Vilnius, Lithuania, in his effort to dissuade drivers from illegal parking, which he filmed and posted to his “MerasZuokas” YouTube channe 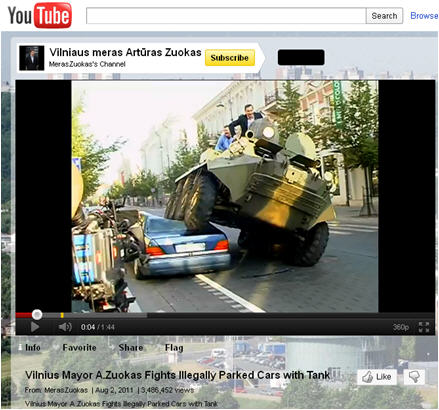 l. As of this writing, the YouTube video has gotten 3,573,839 hits in five months with 12,187 likes, 981 dislikes, and 5,857 comments, not only from locals but from around the world: “Bangkok, Thailand needs a mayor like you”; “OMG! In Paris this guy would have some work to do… ;)”; and “We﻿ need this in Rome (Italy).” Zuokas also has his own Facebook Community page and a community site proposing “A Zuokas for NYC Mayor” (likely not self-sponsored).

Other mayors and city leaders are not so flamboyant but do blog, tweet, and write on walls.

And new hyper- or micro-local Web sites are looking to create online communities that literally map to local neighborhoods. Yesterday I spoke to EveryBlock, a micro-local site which aggregates public data, media mentions, and user-generated content for specific neighborhoods or locations. In Chicago, where they’ve seen the most uptake for their site, a city alderman for one of the wards uses the site as an additional channel to his constituents.

While the number of examples is exploding, the jury is still out on the value of some social channels for government. According to the Pew Research Center’s Internet & American Life Project, Social Side of the Internet Survey 2010, 62% of respondents use social networking sites, but only 12% of respondents use Twitter. The potential audience is not evenly spread across online channels. In an older 2009 Pew survey, only 7% followed a government agency or official on Twitter, and only 3% had participated in an online town hall. Ironically, in that same 2009 survey, 46% of respondents agreed that it is important for governments to post information to sites like Facebook or Twitter. At that time, more people expected sGovernment and fGovernment than were participating in it.

Where do we stand now? Are citizens more ready to engage with government socially?

Let me know what you think, and share examples of how governments are successfully using new tools and social channels to engage citizens.