Have you ever been in a vendor meeting and heard the vendor extol the greatness of their threat intelligence?  You may have even seen a slide that looks similar to this: 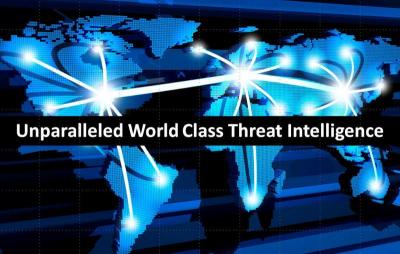 The vendor probably proceeded to highlight the key differentiators that make their threat intelligence network stand second to none.  Bullets containing statistics like this surely followed:

Dear vendor product marketing and sales teams, please understand that your threat intelligence is helpful and we expect that you have it, but it isn’t terribly different from your closest competitors.  The real story on threat intelligence is your organization’s ability to develop your own, but I will save that for the future.