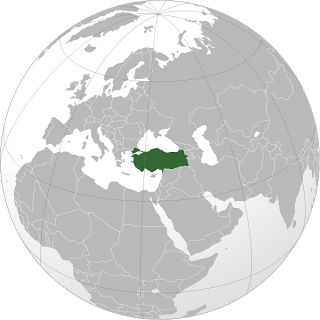 While I was undertaking my research for in-stream audio, one interview couldn’t be scheduled in time before the cut-off date for editing. It was with a company called Spectrum Medya, which launched Karnaval.com, a digital radio platform, about a year and a half ago. Spectrum is based in Istanbul – the intersection of where the East meets the West — and in many ways, it's charting where traditional radio meets digital audio. Karnaval has a hugely popular Internet radio stream and was recently selected by Wired Magazine UK as one of the 100 hottest startups in Europe.

I’ve included a transcript of my interview with Ali A. Abhary, Spectrum's CEO (Twitter: @alitalks), below for you to see how a publisher is handling and viewing these changes in the audio ecosystem.

Q. Tell me about your service.

A. Spectrum Medya is owned by private equity fund the Actera Group, which joined two and a half years ago. At the time, the Spectrum consisted of five terrestrial radio station networks across 20 to 30 different cities in the country. Turkey had state-owned broadcasting until the '90s, until deregulation, which is when we got chance to really steer two of the oldest radio stations in Turkey under our own control.

Q. How was the ad business for traditional radio before digital?

A. It wasn’t just in Turkey that we saw radio ad growth flattening out – it was happening worldwide, with digital growing rapidly. The race was on to capitalize on digital.

Q. How did you begin that process?

I joined in 2011, coming from a background of the electronic ticketing company Billetix, which was eventually sold to Ticketmaster. This gave me a good background to come onboard and try something like what Clear Channel Broadcasting did with iHeartRadio. I decided to use Karnaval as the leading brand and, as well as putting all the terrestrial stations on the platform, I added additional web-only stations.

Q. How do you compete with giants like Spotify and Pandora?

A. Those systems are algorithm-based approaches, while we have a DJ-led approach where they curate the music and talk between shows. We couldn’t compete with the giants on algorithm development. The way we compete is to be local and to really understand the local taste.

Q. How often do your users listen, and what are the typical listening hours?

A. Forty-five percent of our users use the service at least once per week; 82% use it at least every day. Average listening time is 1:15 minutes on web and about 25 minutes on mobile.

Q. How many listen outside of Turkey?

A. About 10% to 15% of our listening takes place outside of Turkey, with a big portion coming from the Turkish diaspora in various parts of the world, especially Germany, US, and Netherlands.

Q.Can you describe the advertising you have on the site and what the business model is?

A. We have, broadly speaking, three advertising categories: display/rich media; video; and in-stream audio. In the areas of display/rich media and video, our properties are very much like on other websites. However, where we have a unique capability is with in-stream audio (with banner sync). Here we offer advertising an immersive experience – including in-stream video ads – that blend the benefits of radio advertising with digital advertising. Our pricing is on a per-impression basis as well, something new for radio buyers. We can also offer targeted ads – based on device, demographics, geography, or other metrics.

Q. From a philosophical standpoint, what do you think of push vs. pull advertising/marketing methods?

A. I think, increasingly, having a real “native” advertising model is key. Branded content and less-intrusive ads are increasingly more effective and have higher recall.

Q.Are there insights into the effectiveness/recall of audio vs. visual advertising methods from your service?

A. As our service is very new, we have not conducted specific studies in Turkey. However, studies in the US clearly indicate that Internet radio advertising has three to five times higher recall and action than digital advertising alone.

Q. How do you promote the service to brands?

A. Multiple ways: one-to-one sessions with brands and agencies to explain the service and our reach. Industry-wide panels and sessions to help build education around in-stream audio and digital radio in the market. Finally, our consumer advertising for the service (e.g. TV ads) also help build awareness amongst brand managers.

Q. Is it mostly local businesses advertising? What is the split of international vs. national vs. regional campaigns?

Q.How is the audio copy created for local adverts, i.e., the eye surgeon on the high street? Is this a bottleneck?

A. Not relevant for local but for national advertising. If we are sourcing ads from digital budgets, often they do not have audio creative and we have to help create this for them – our production department will actually write, produce, and edit audio ads for our clients (free of charge).

A. Turkish consumers have been some of the fastest adopters of new technologies over the years – mobile phones and social media are two great examples. Turkey is the fourth-largest population represented on Facebook; has a very fast adoption rate for smartphones; and has the highest percentage of Internet users that are active on Twitter in the world. These are great trends that have boosted the adoption and propagation of an online radio service like Karnaval. We focus very much on being integrated into social networks and building compelling mobile offerings for our consumers. From a negative perspective, as with any ad-supported media, consumers in Turkey are very picky and sensitive to ad loads – they want the service to be free and have no/minimal ads — two economically unfeasible alternatives. The challenge is to build an ad-supported service that does not detract from the native content benefits of the service.

Q. How do you cater for different segments? Do you have examples of niche audiences?

A. We have 17 stations across a number of different formats – from traditional Turkish to teens and classic. One niche audience we cater to is video gamers, where we saw the trend for serving this segment coming from Asia. We worked Joygame, a massively multiplayer service, and began to curate a channel based on what gamers were listening to. We included tips and tricks for games, gaming news, and exclusive information on new games coming out. Hardcore gamers quite literally live in a different world, and we see 12- to 18-year-old males using the station around 4:00 p.m. and peaking at 8:00 to 10:00 p.m. – this is an inverse curve to most of the normal listening, which is during work hours. These non-peak listening patterns benefit us, as we can leverage our bandwidth more effectively. Partnerships for niche audiences are critical, and with Joygame, we are able to build the service with micro and mobile payments, providing additional powers in games and discounted offers for points using SMS and other communication methods. This allows for exciting real-time experiences.

Q. What proportion of your users are: 1) subscribers vs. non-subscribers; 2)mobile vs. desktop vs. tablet OR a mix; and 3) clicking on content and engaging vs. just listening?

A. Our service is entirely free right now – so we don’t have a subscription service. We have “registered” users versus non-registered users. We are not forcing registration because consumers (we believe) want radio to be a free/always-on/always-available utility. Thus, forced-membership has not been very successful for us. However, we are working on new ways to help incentivize users to actively log in and listen rather than listen anonymously. Right now, about 35% of our listening is mobile and tablet vs. 65% desktop – but the trend is very rapidly moving to mobile/tablet. I imagine we will be 50/50 by year-end, and the balance will shift to mostly mobile/tablet by mid-2014. We have just launched a very content-rich new website (www.karnaval.com) including articles, photo galleries, and original short-form video content (including many videos that have A-list celebrities performing in them). The goal is to increase user engagement and build an ecosystem of content: content that is talked about on the radio station by the DJs, that forms part of our newscasts on the radio as well as being used by our social media teams and propagated on the Web. We are actively investing to increase the engagement time on the site beyond just passive listening.

Q. What is the future of in-stream audio advertising and radio?

A. I think radio needs to differentiate itself from music-locker services like Spotify/Pandora. Radio is a combination of music and non-music content (talk, news, sports, etc.). Increasingly, engagement on pure FM is reducing, and we need to be in the digital-enabled space.

My thanks to Ali A. Abhary, CEO of Spectrum Medya (Twitter: @alitalks), for this interesting and informative interview. Hear more from me about in-stream advertising at an upcoming Webinar.