We are now less than two weeks away from our annual sojourn to the RSA security conference. RSAC is a great time for learning, meeting and making friends. (Please hold cynical remarks; RSAC is what you make of it.)  As the date grows near and my excitement grows, I am preparing my mind and patience for the ubiquitous silver bullet marketing that is predestined to appear. 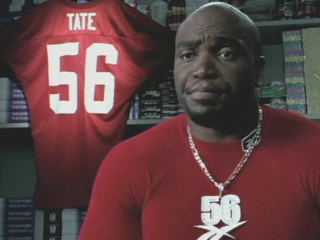 Instead of booth babes, we need Terry Tate roaming the expo floor giving out the pain to anyone who incorrectly uses the term actionable intelligence.
P.S. Count the number of times I used actionable intelligence in this blog. 21 times, that was impressive. Now multiply that by infinity and it will be close to what we can expect to see at the Moscone Center at the end of the month.