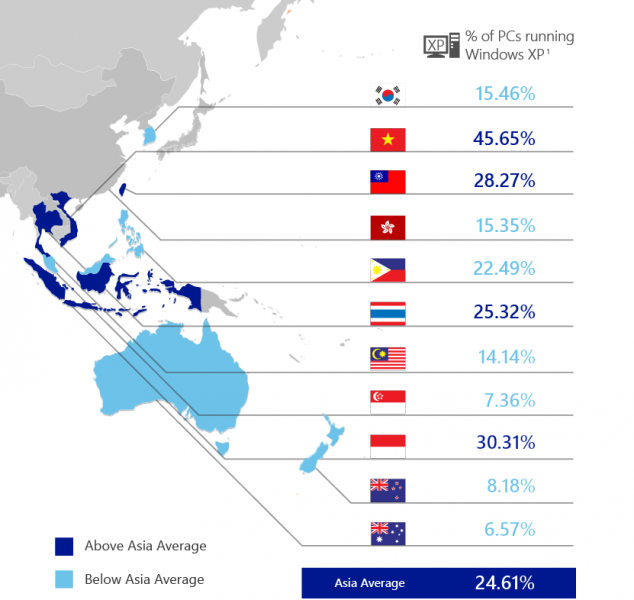 From now on, Microsoft will no longer issue updates to address new security vulnerabilities discovered in XP, leaving enterprises vulnerable to cyberattacks. Hackers are certain to have been holding back a few vulnerabilities waiting for just this moment!

Organizations that do not plan to upgrade to Windows 7 or 8 must consider XP-based systems as vulnerable and open to exploits. Hacker groups and organized crime syndicates can reverse-engineer Patch Tuesday releases for Microsoft fixes in Windows 7 and 8 to identify specific vulnerabilities in XP and craft code to exploit it. Once these endpoints have been compromised, they can be used as a springboard into the broader IT infrastructure for data theft or industrial espionage.

Enterprises that still use XP should take immediate steps to reduce their risk:

If you continue to use Windows XP, your computer will still work — but it might become more vulnerable to viruses and other security risks. We strongly recommend upgrading to a more modern and supported OS as soon as possible to avoid being targeted. The inconvenience of the upgrade is negligible compared with the negative impact a breach could have on your company and brand — and maybe your own job.

Erik Nost 6 days ago
Local governments have become frequent targets of cyber attacks, and funding and planning for preventing for more attacks have been left largely to the local level. A new initiative is changing that.
Read More
Blog