Last week I participated in the 4th annual Smart City Expo – my 4th Smart City Expo. I’ve always enjoyed the event as it is a well-balanced mix of technology vendors, academics across various disciplines, and government practitioners — a refreshing change from many tech industry trade shows. In the conference sessions, panels reflect that mix with academics sharing their research on urban studies, vendors promoting their wares, and government leaders discussing their pain points and efforts to address them — oh, and an occasional industry analyst sharing observations on best practices. This year, however, the exhibitors reflected a different mix.

In the first years of the Expo, the exhibition hall featured technology vendors preaching salvation through connected and intelligent city systems —classic “vendor push.” City leaders were eager to see the light, but their conversion was not so straightforward. Most city systems were not ready to be connected, and many were far from intelligent. This year, cities are ready — or significantly closer. As the CIO of Madrid acknowledged at an IBM-sponsored lunch, two years was the time needed just to transform the thinking of the city council. Now work on their technology platform, called Madrid iNTeligente (MiNT) — which addresses urban mobility, public facilities, road infrastructure, waste, and parks — is well under way. Evidence of that shift was plentiful on the exhibition floor as cities — often sponsored by economic development and investment boards or vendor partners — demonstrated their progress in:

■  Innovation — across a vast spectrum of initiatives. There was no shortage of demonstrations of innovative city initiatives on the show floor from city dashboards and real-time data for transport network modeling to citizen engagement. The underlying theme of many of them was the technology. Cities themselves — from Yokohama and Kyoto in Japan to Port Allegre in Brazil — were present to highlight how they had leveraged technology to improve the lives of their citizens, create productive environments for investors and entrepreneurs, and enable positive experiences for tourists.[i] And, the center stage for technology means a central role for CIOs.

■  Collaboration — with academics, peers, and industry partners. Collaboration was in evidence as well. In fact, collaboration was one of the reasons many cities were at the event. Conference sessions allowed city leaders to share best practices, and exhibitors demonstrated their collaborative initiatives. In Denmark's booth, Copenhagen boasted a new collaboration not only with its neighboring city of Malmö but also with Hamburg. Milano, Torino, and Genoa were again together in force to demonstrate regional collaboration. Kyoto’s booth promoted its twin city status with Barcelona and the hosting of its own Smart City Expo in 2015. Another city actually offered twinning opportunities at its own booth. Kumamoto’s booth, which implored attendees to “Like” them on Facebook, was sponsored by NTT, Kumamoto's industry partner. 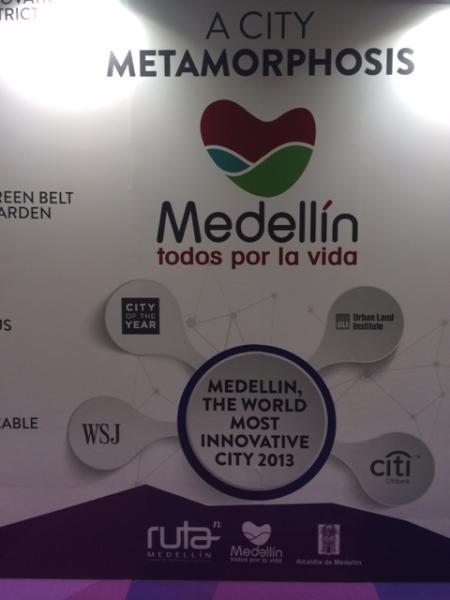 ■  Recognition and “brand.” Cities — and most other levels of government as well — appear eager to promote recognition of their advancements, particularly through new technology-enabled initiatives. The city of Bristol announced itself to be the “world’s first open programmable city.”  Medellin, Colombia boasted its recognition as the most innovative city in 2013. Porto Allegre, Brazil tweeted its new place as one of the 100 resilient cities — yet apparently there are only 32 at this time. But the overall “winner” of the event was Tel Aviv, which was presented with the World Smart Cities Award for its Digi-Tel initiative. Over 120 cities from 35 countries entered the three award categories.

■  Pursuit of a “smart city” agenda. Innovation, collaboration, and recognition are intertwined in cities’ “smart city” agendas and ultimately their brands. According to the Birmingham City Council at its stand in the vast booth sponsored by the UK Trade and Investment, the city’s “Smart City Roadmap is the catalyst to a sustainable future that is driving long-term investment, employment and wealth, creating a better place to live and work.” As such, it serves as a “living lab” and an “open innovation to investors, developers and entrepreneurs to make Birmingham one of the leading smart cities in Europe.” 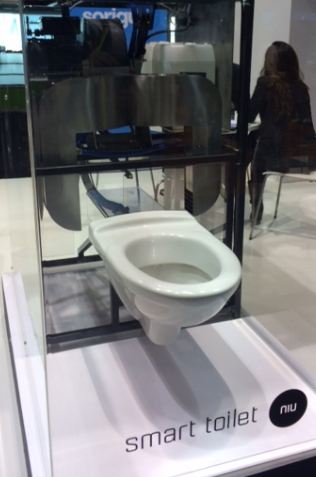 From a technology perspective, smart city solutions on display generally fell into two categories: those that generate data and those that use that data. IoT will generate an increasing amount of data. Vendors and cities touted their advances in connecting everything from lighting and parking to trash and toilets, and ultimately in using the data generated to increase the efficiency of city operations and the effectiveness of policies and governance.

My recent brief, Cities Take Over The Show, provides more detail on these observations.

[i] Other cities present in their own booths included: Catalonian cities of Barcelona, L’Hospitalet, Sabadell, and Sant Cugat; as well as Berlin and Gothenberg, Germany; Kumamoto, Kyoto, and Yokohama from Japan; Tel Aviv, Israel; and Medellin, Colombia. The UK Investment and Trade booth included 10 cities: Birmingham, Bristol, Cardiff, Cambridge, Glasgow, Greenwich, Manchester, Milton Keynes, Peterborough, and Westminster. Other booths were sponsored by Brazil, India, Austria, Israel, Italy, Denmark, and Korea with numerous cities represented in each.