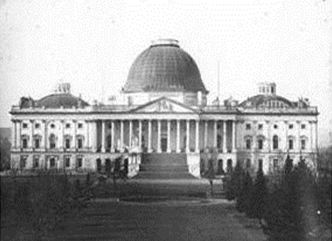 “[W]e might hope to see the finances of the Union as clear and intelligible as a merchant’s books, so that every member of Congress, and every man of any mind in the Union, should be able to comprehend them, to investigate abuses, and consequently to control them.”

Governments have made enormous progress in improving their transparency – thus increasing accountability. While the “union” is not quite there, implementation of the DATA Act with new standards for financial reporting and data publication will move the bar forward.  In the meantime, local governments demonstrate numerous best practices. Thomas Jefferson would likely give a nod to many of the cities and states that have published checkbook-level details of their budgets. 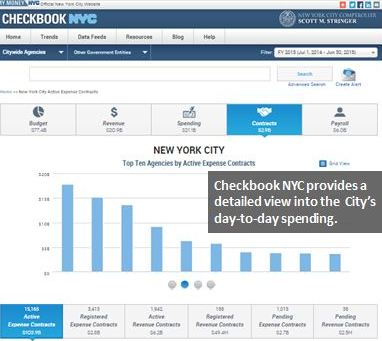 In July of 2010 the New York City Comptroller’s Office launched Checkbook NYC, an online transparency tool that for the first time placed the City’s day-to-day spending in the public domain.  Using an intuitive dashboard approach that combines a series of graphs and user-friendly tables, Checkbook NYC provides up-to-date information about the City's financial condition.

In August 2014, the city’s Comptroller took the next step in online government transparency when he unveiled plans to provide vendor names, contract amounts and payments to prime vendors contracted to work on taxpayer-funded projects, along with new functionality including email alerts.

Checkbook NYC has been ranked the top transparency tool in the nation for tracking government spending by the United States Public Interest Research Group, and was named the “Best External Application” in 2013 by Government Technology Magazine.

The challenge of publishing checkbook level budget details is not insignificant. Just imagine that exercise scaled across the federal government.  That’s the challenge the DATA Act brings to government agencies.  Expanding the transparency of the Recovery Act, demonstrated by Recovery.gov and later absorbed into USASpending.gov, the DATA Act will require standardized reporting of all federal spending.  Our report The DATA Act: One Small Step For Data, One (Potentially) Giant Step For Accountability provides an overview of the provisions and the timeline for implementation.  In short, the law’s provisions include:

These are not simple tasks.  Many agencies lack centralized financial systems and data maturity.  The Department of Homeland Security – from its conception an aggregation of 22 departments – still has multiple financial systems, and only just recently got off the GAO high risk list.  Financial system modernization is a top priority.

Fortunately, the timeline for implementation of the DATA Act spans four years, with milestones along the way:

But agencies should not stay in standards stand-by waiting for the common elements and reporting formats to be issued. There is plenty to do in the meantime.  Agencies can take the time to:

In order to make progress on these fronts agencies must:

The task is monumental but coordinated efforts across the public and private sectors will help get there.  And, just maybe, over 200 years later, Thomas Jefferson’s hope for financial transparency will come true.