What happens when your business is food and it sickens 500 people? If you’re Chipotle you close your stores and produce an all-hands video address with your executives.

The company closed its 1,971 US stores on Monday for four hours so that employees could attend a company meeting hosted by its co-CEOs Monty Moran and Steve Ells.

The setup was elaborate with studio lights, multiple cameras and a teleprompter. Chipotle took this seriously and while the content of the address was for employees the pomp and circumstance was for the public. 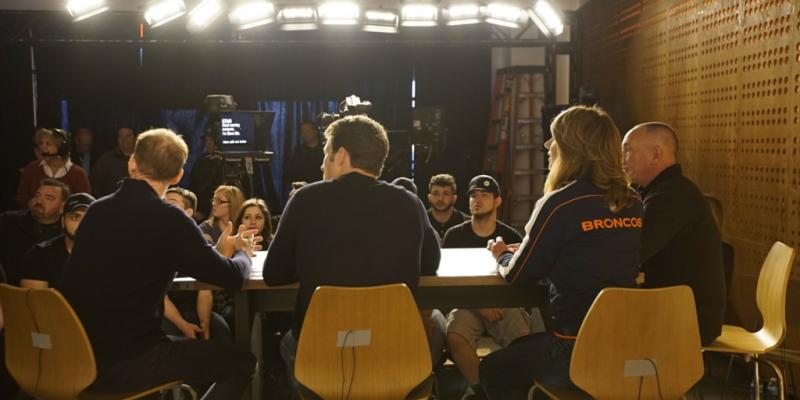 “By satellite” is often a catch all phrase that can sometimes mean any kind of live video. It’s only actually by satellite if there’s a dish that beams a signal into space and then back to endpoints on Earth.

The company wouldn’t confirm any details of the broadcast.

There were 400 endpoints across the country. In San Francisco, one of them was a movie theater where employees watched “video after video” explaining the new food safety procedures.

Forrester has research on webcasting and livestreaming strategies and it’s one of my priorities to cover as an analyst.

When a company needs to go live, Application Development & Delivery professionals need to consider if they want:

Quality, infallible video. With a satellite feed, all endpoints will receive a clear, HD picture that won’t fluctuate depending on network connectivity. The big drawback is that only certain endpoints can support a satellite broadcast without investing in specialized hardware. You need a satellite dish to receive a satellite feed.

Mobile access. If you need mobile access, you can still use a satellite feed, but you’ll need to partner with a livestreaming vendor to make it available on mobile devices. By making your broadcast a livestream and not just a satellite feed you will greatly expand your audience. Homeworkers will be able to watch on their tablets and laptops just as employees on the go could watch (or listen) on their smartphones.

A social component. With satellite alone, interactivity can be difficult. A livestream could offer interactive elements built into the platform. For example, employees could have access to real time chat or questions could go into a moderated queue. A livestream could also offer executives the opportunity to have a face to face conversation with far flung employees.

If your team needed to produce a live address, could you? What method would you use? I’d love to hear your thoughts. Send me a tweet @nickjb.