Skip to content
< Blogs
Home > Featured Blogs > Build 2016 – Day 1: Windows without windows
The big number at this year’s Build: 270 Million. That’s the number of copies of Windows 10 that consumers and enterprises have purchased or upgraded to since Microsoft’s latest flagship launched last year. And the message that Executive Vice President of Microsoft’s Windows and Devices group Terry Meyerson sent to developers at the Build conference was that Windows is very much alive and well, and that it’s a great platform for them to build on (pun intended).
But there’s another not so obvious theme in Microsoft’s messages to developers at Build. Satya Nadella painted a picture of the longer term future of operating systems in general and Windows in particular: The decomposition of monolithic OSes that served consumers well when our digital interactions were confined to one or two devices. As devices multiply and input/output mechanisms broaden, it can’t help but affect the underlying services that operating systems have traditionally provided, especially as entirely new categories of connected devices emerge. Here’s how:
Combined, these announcements paint a very difference future for Microsoft and for Windows: cross platform services and and new input/output mechanisms (see Figure 1). In this future bots are the new apps, digital assistants are the new meta apps (as opposed to browsers or search) and intelligence is infused into all interactions. None of these require a window to function (although they will certainly be exposed in windows, cards, chat clients, command lines, car dashboards and through microphones and cameras. Developers will need to adjust to a very difference world of multiple modal input and output mechanisms, and anticipate that consumers will move between them quickly and change their habits depending on location, noise levels, and personal preference. The shift will prove as challenging as moving mobile app development.
Figure 1: Developer Input-output Options are Expanding In Windows 10 Anniversary Update 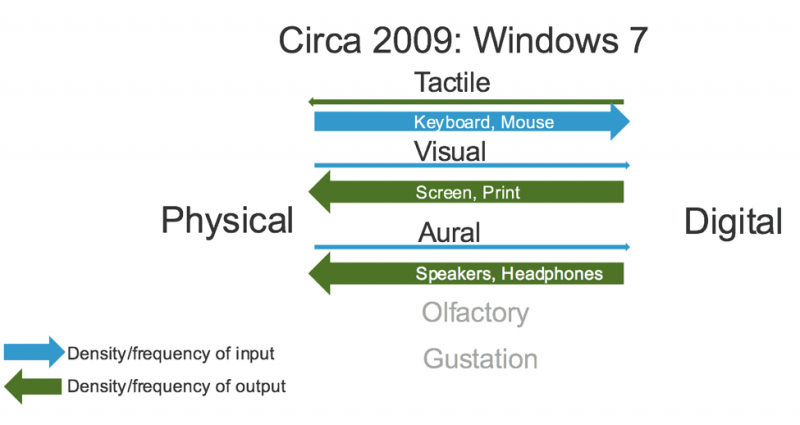 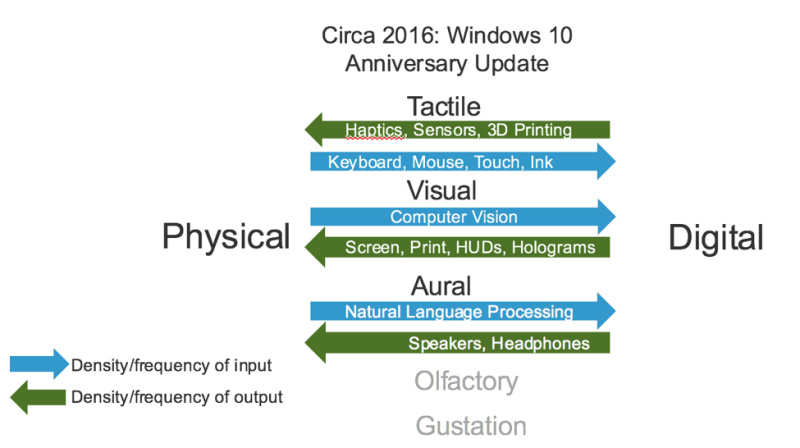 Andrew Cornwall 3 days ago
I was able to attend the NVIDIA GPU Technology Conference (GTC) and focused on the extended reality (XR) track. If nothing else, it was clear that the attendees were enthusiastic about the use of Pixar’s Universal Scene Description (USD) format as an interchange format for the metaverse and XR in general. There’s A Huge Need […]
Read More
Blog