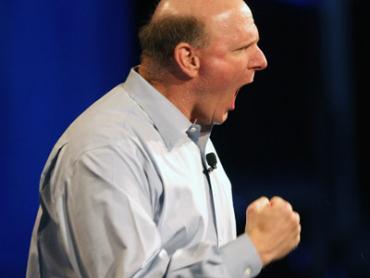 With Microsoft's plan to acquire Skype for $8.5 billion, Steve Ballmer is doing a Jason Voorhees in Crystal Lake. Let me explain. Microsoft failed miserably at mobile. While the boys and girls in Redmond were contemplating how to put the "Start" menu on a phone, Steve Jobs was cleaning mobile clocks with the iPhone. But, like all great competitors, Microsoft knew they lost it. So they started from scratch. The result: Windows Phone 7. In my opinion, an awesome mobile platform on a par with iPhone, albeit with a lot less cultural cachet. The problem: The momentum favors iPhone and Android. Microsoft needs an ace card. Ballmer, potentially, found an ace card in Skype.

With 633 Million Users, Skype Is A Communication Juggernaut

Skype is not a phone. It's a way to see your three-year-old granddaughter, connect with your adult children, or make sure your family is safe 4,000 miles away. And, it's mostly free. Of the 633 million users, fewer than 8 million are paying users. No matter. What is important is that many of these users would love to make free calls on a mobile phone.

Microsoft's plan to acquire Skype fits in perfectly with its recent partnership with Nokia because both offer incredible reach. Nokia has a huge number of device users even though they lost the smartphone market. There are still hundreds of millions of people to convert to smartphones and tablets.

Ironically, Microsoft may also be able to use governments to help them provide communication services through any device. Why should people be limited to carrier plans? People should sign up for 4G access and then use the network to communicate through any channel they wish. Governments may start to crack down on wireless plans similar to what is happening on cable television versus Netflix, Hulu, etc.

It's far from certain whether or not Microsoft's strategy will work. But I continue to be impressed by the competitiveness of this great American company. Never give up. Never give in.

Microsoft Is At Its Best When It's An Underdog

There is no stopping Apple when it comes to mobile and cultural dominance. But Microsoft could displace Google as the alternative based on the great UX provided by Windows Phone 7, the Nokia partnership, and the Skype deal.