During a recent discussion of the Age of the Customer and how it applies to government, one of the participants from a government agency essentially asked why they should care.  The argument was “If I’m providing passport services why does customer experience matter to me? My “customers” can’t walk out that door and find another passport services provider.”

Needless to say I was taken aback – not shocked really, this is the government after all and not traditionally known for accessible or user friendly services. But personally my experiences have never been as bad as the stereotype of government.  In fact, I just received a new passport in 2 weeks, having been told that it might take 3 – 6 weeks.  And, at least the rhetoric of late has certainly embraced, in principle, more customer centricity in government.  But here it was, the government monopoly argument rearing its ugly head.  At least to play devil’s advocate, suggesting that the sentiment did exist somewhere in the organization. 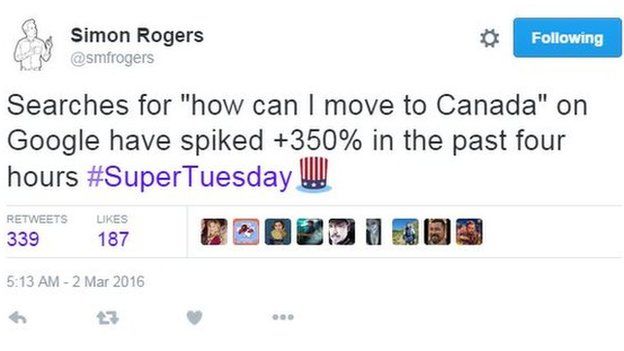 In the commercial world, customers can take their business elsewhere. With government, citizens do have some recourse.  They can vote to “kick the rascals out” or in some cases vote with their feet – like we’re seeing these days with the increase in Google searches for how to immigrate to Canada before the next US election.  In case you are wondering, one option is the new dating website, MapleMatch, where Americans can look for a cross-border, Canadian mate.  But seriously, most governments do recognize that improving services is important to attracting citizens, businesses and investment.

But it’s not just a question of them leaving – as we all know that it’s not that easy to immigrate.  According to the OECD, only 40% of citizens trust their government. And, that’s an average that masks some pretty big variations with Germany pulling up the average with 60% and Spain and Greece at around 20%.  And, that matters because “Lack of trust compromises the willingness of citizens and business to respond to public policies and contribute to a sustainable economic recovery.”  Those who don’t feel like they’re getting their money’s worth are less likely to willingly pay taxes, comply with other regulations or make long-term investments. They don’t feel like the government is living up to its end of the bargain. 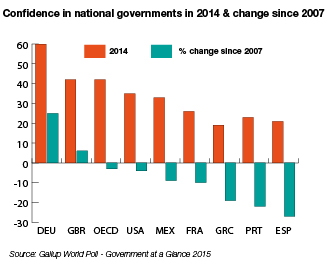 So, yes, it does matter if a passport is delivered in a timely manner.  It does matter than governments provide services efficiently and effectively – holding up their end of the bargain.  The Age of the Customer does apply to governments.  An update to our report on Government Transformation From The Outside In will be published shortly, and will highlight the five imperatives that governments must address in what is also the age of the citizen.