On January 28, 2019, Dropbox announced its intention to acquire HelloSign, a platform used to manage business transactions including eSignature and document-centric workflows. HelloSign joined Dropbox’s Extensions partner program (launched in November of 2018), offering digital signature and electronic fax features from inside the Dropbox interface. 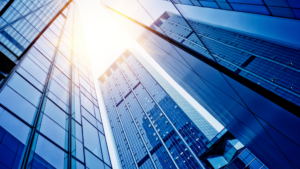 In our annual online surveys on enterprise content management, Dropbox has continued to rise in mindshare among content management program leaders (along with other cloud providers such as Box and Google). This expansion into process areas and the opportunity to offer more vertical and horizontal packaged solutions will help accelerate Dropbox’s penetration into the enterprise market.

Dropbox made an important step toward an enterprise focus by buying its way into the transaction and document automation market. Dropbox has been slower to make the pivot to the enterprise market compared to other file sync and share providers such as Box and Google Drive. The acquisition of process-centric technologies and seasoned enterprise-focused executives means that this HelloSign acquisition can change Dropbox’s current market perception as an offering just for consumers or small business.

What Do Dropbox, HelloSign, And Their Customers Get Out Of This?

Devin Dickerson June 15, 2022
Tell Us About Yourself I’m a native New Orleanian passionate about old-world architecture, gaming, and weight lifting. I love to travel with family, and I keep in touch with the same friends I’ve had since middle school and college. I was always interested in computers and fascinated by the magic of software and games. Still, […]
Read More
Blog

Julie Ask June 9, 2022
Apple continues to strive to make experiences easy, secure, and private for its customers. Here, I’ll focus on the aspects of “easy” here, and what popped for me in Apple's keynote at WWDC 2022.
Read More