This post is the third in a three part series on Smart Cities. Best to start with Part I.

As with most things in life, there are a number of ways to approach smart cities. One way is to start from the ground up. A new city is born – a clean slate – to be made smart with the necessary infrastructure for its connected systems to communicate and collaborate to create an efficiently running city. A recent article in Fast Company, highlighted a number of smart cities projects that essentially started from the ground up – or, in one case, from the mud flats up. The most widely written about start-up city is Songdo. The concept was launched as a vision of the South Korean government and eventually, through the work of a real-estate developer and Cisco as the IT infrastructure provider, has become a reality – although the city is not expected to be complete until 2015. Songdo and other start-up cities have become one answer to the nagging concern about increasing urbanization.

Reconciling the rapid urbanization in China with the observation of one World Bank official that "Cities are expensive to retrofit and modify once they are built," start-up cities just might be one answer to China's urban needs.

The project at Meixi Lake is an example of a start-up "smart" city planned for China. The same real-estate developer who took on the Songdo project for the Korean Government entered into an agreement with the Changsha Municipal People's Government of Hunan Province to plan, develop and operate Meixi Lake District, a state-of-the-art, new ecological city located on 1,675 acres in Changsha, the capital city of Hunan Province. 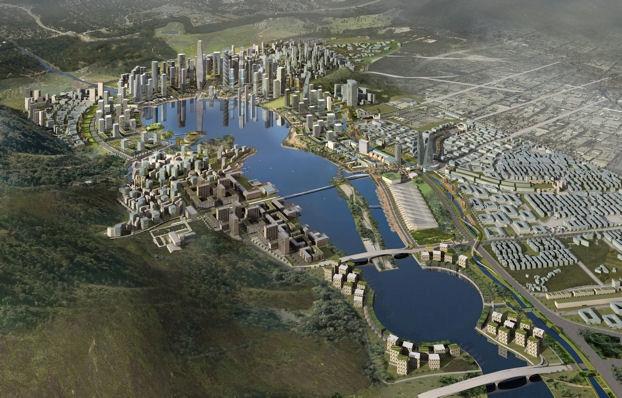 The project plans include:

Several other "start-up" cities are in the planning stages in China including GuangMing, north of Shenzhen in Guangdong province and Tianjin Eco-Cityin Tianjin province.

Unfortunately, some advocates of "start-up" cities speak disparagingly about a second approach to making cities smart – as they refer to it, "retrofitting." However, one person's "retrofit" city is another person's "revitalized" city. And, there is likely room for both approaches given the growing need for cities but also the highly urbanized world we live in today.

There are over 2 million existing cities in the world – according to WikiAnswersthere are 2,469,501. According to City Mayors, the largest cities have between 10 and 15 million within the city, and in a few cases up to 30 million in the metropolitan area. UN dataputs just over 50 percent of the world's population today in urban areas, and those figures will increase to almost 70 percent in 2050 (See figure below). Urbanization is not equally distributed, however. In North America, Europe, and Latin America and the Caribbean, more than 70 percent of the population is already urban; but in Africa and Asia, less than 40 percent of the population is urban. However, the growth in urban population will be greatest in cities and towns in Asia, with an increase in urban populations of 1.8 billion. Some of these new urban inhabitants will possibly move to brand new cities. However, the greater likelihood is that existing cities will see their populations swell – and will require a second approach to addressing the needs of their new arrivals. 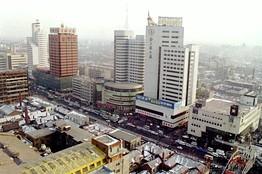 environmental pressures. Dozens of factories throughout the city churn out everything from aircraft to steel – as well as pollution – sacrificing the environment for the sake of industrial development. More recently, however, the city has embarked on a development and revitalization programwith three main objectives: revitalization of the old industrial base; redeveloping itself as the principal city in the Northeast Region; and moving into the ranks of the Tier 2 cities nationwide in terms of economic production.

In pursuit of these goals, the city administration, with IBM, has launched a "smart city" initiative to address a wide-range of issues that face the city today. The project is designed to work within the existing city and will focus on solutions that:

For example, through collaboration among the City of Shenyang, Northeastern University and IBM, the city will apply water management solutions to analyze the data produced from the city's water systems, for a real-time understanding about water quality, energy utilized for water management, and more. As a result, the city will be able to make more proactive decisions about water, cut down on expense and energy-usage related to water management, and maintain high water quality to provide the best possible service to citizens.

The collaboration will also focus on improving communication between public and private sector entities, and creating methods for organizations in a city to share data to make environmental management and decision making more effective. In order to become "smart" the city's solutions will share knowledge and analyze existing data to devise solutions best suited to meet the needs of the city. 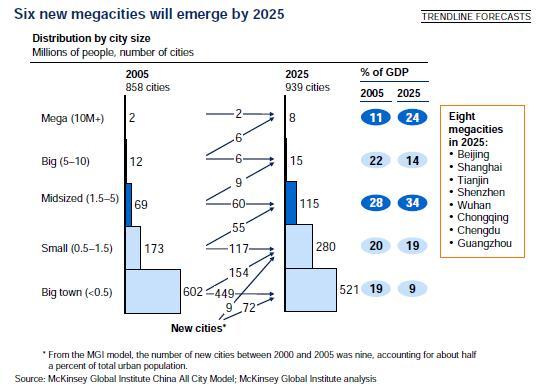 With over 858 cities in China, and over 100 of them with populations of more than 1 million, there is considerable opportunity to transform many into "smart cities." While this more evolutionary approach may be less dramatic and glamorous particularly to urban developers, the revitalization of urban areas provides an opportunity to re-use existing resources more efficiently. However, given the overall population and infrastructure pressures on existing cities, there is room for "start-ups" in the market as well. McKinsey Global Institute predicts that 80 new cities will emerge in China by 2025.

China's staggering urbanization trends offer significant opportunity for tech vendors. Are you ready to go out on the town?

Ted Schadler 19 mins ago
On average, companies spend 28% of their technology budgets on technology services. Those budgets have increased by 13% over the past 4 years and for custom software by 20%. And we don’t see this trend slowing. This lively and vibrant sector is both a fast follower of enterprise demand and an instigator, supporter, and sometimes […]
Read More
Blog

Smart Tech Executives Will Position Their Company For The Coming Rebound

Christopher Gilchrist 22 mins ago
Technology is always vital to serving customers, and even more so in a downturn. In 2023, technology executives should optimize their budgets with customer and employee experience as the north star — both now and in the future. Here’s a peek at three actions we recommend in our new report “Navigating The 2023 Downturn: Technology Executive” so that tech executives can position their companies for market leadership when the rebound comes.
Read More