Skip to content
< Blogs
Home > Featured Blogs > Market Opportunity, or Not: Bharti wants in but Zain wants out

My colleague, Mike Cansfield, just posted a blog on the new “scramble for Africa” among telecommunications companies. Bharti Airtel, an Indian company, just finalized a deal to take over most of the African assets of Zain, a Kuwaiti company.  As Mike mentions, Bharti has been dogged in its efforts to enter the African market with two previous attempts to forge a deal with South Africa’s MTN Group. 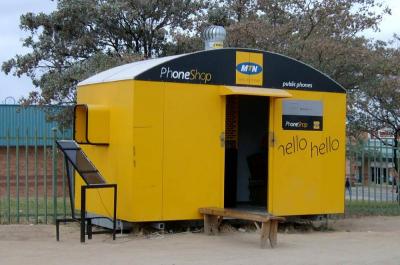 Bharti sees significant opportunity on the continent where just 36% of the population owns a mobile phone – yet many more use mobile phone services through resellers who offer use of a phone by the minute in the local markets.  Originally part of the informal sector, MTN has actually launched a program to legitimize the sale of on-demand phone services through its Y’ello Zone Payphone initiative. MTN originally pledged to install 7,500 community pay phones across the countries in underserved areas.  To date, over 11,000 have been installed.  As part of the program, MTN offers entrepreneurs an opportunity to operate these Payphone kiosks, and provides the skills training to run a successful phone shop.  The program contributes to job creation, especially among women and youth, with more than 3,800 retailers already benefitting.   But, I digress . . .

I'm actually as interested in Zain's move as I am in Bharti's.  What is interesting from a business strategy perspective is why one company wants in and another company wants out.  Africa is clearly growing but Zain’s part in the “scramble” ended with its March 30th announcement; it has sold most of its African footprint – Ghana, Burkina Faso, Chad, the Republic of Congo, the Democratic Republic of Congo, Gabon, Kenya, Malawi, Madagascar, Niger, Nigeria, Sierra Leone, Tanzania, Uganda and Zambia.  Zain will continue activities in only Morocco and Sudan.  According to the CEO of Zain Group, Mr. Nabeel Bin Salamah, "The transaction allows Zain to focus on its highly cash generative operations in the Middle East and to substantially improve its balance sheet. We are excited about the growth prospects of the Middle East and we believe Zain is well positioned to capture this opportunity.”

Zain is now looking to double down on a region it knows well, and in which it has seen significant success.  Growth rates in active customers in 2009 were significantly higher in the Middle East with over 356% growth in Saudi Arabia from Q3 ’08 to Q3 ’09. Growth in Lebanon was 67% in the same period.  In Africa, growth was weaker with Sudan showing the highest at 62% and several countries falling including Nigeria and Kenya.  Zain is now the #3 mobile operator in Bahrain behind Batelco and Viva.  And, apparently, Zain has its sights on other countries in the Gulf states.  As the GEO Bin Salamah concluded in the company's April 1st earnings announcement "We will seek to seize any attractive investment opportunity, as well as focus on the markets in the Gulf and Middle East, which currently account for the largest proportion of revenue and profitability." So, we’ll stay tuned to see which markets Zain enters next.

I am currently researching this process of market opportunity assessment.  Most of my research had focused on how vendors and service providers decide which markets to enter.  This recent development taught me to also focus on which markets vendors chose to exit as well.  As part of this research, we are conducting a short survey of that market opportunity assessment process.   Please take a few minutes to participate.