I spoke last week at The Big Money’s Untethered 2010 conference in NYC. I couldn’t stay for the whole event, but I really enjoyed seeing Phil McKinney, CTO of the Personal Systems Group at HP, interviewed by James Ledbetter. He wowed the audience with a little show-and-tell: a flexible screen display printed on a mylar scroll that’s bi-stable (meaning that, like an E Ink screen, it can use very little power to display text) but can also display video at 60 hertz. 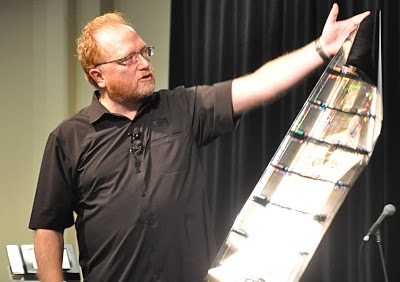 [Photo courtesy of ZDNet UK (not from Untethered, but it’s the same demo)]

According to McKinney, we’re about 24 to 36 months away from seeing this display make it into products on the market. Imagine walls papered with the stuff, furniture covered with it. Your “device” would be your portable connectivity, which would trigger your data to appear on one of these screens in your home, office, or public space as you approach. I’m envisioning something that looks like the world in “Splinter Cell,” which my gamer husband has been playing on our Xbox 360: 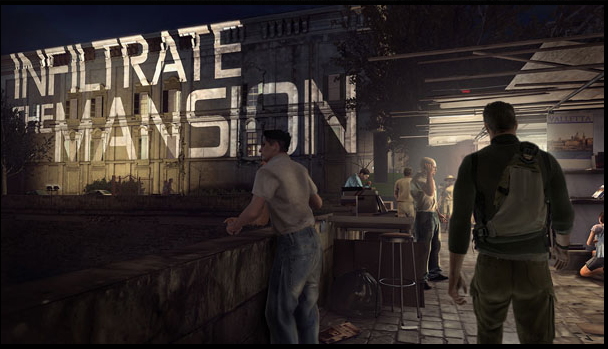 [Photo courtesy of Ubisoft. In the game, every surface is a screen on which your instructions can be projected.]

Combine this with a Microsoft Kinect, and the world is looking more and more like Iron Man (without the flying robots).

In my recent report, “The US Consumer PC Market In 2015,” I write about the growth of four PC form factors over the next five years — desktops, laptops, netbooks, and tablets. But I conclude the report by saying that it’s conceivable that a fifth form factor could emerge by 2013. It’s too soon to say what that form factor will be, but it’s interesting to think about the device and display as potentially separate things. If screens are ubiquitous, do devices need to have their own displays? Or will you carry devices that are similar to what we have today, plus they’ll be able to connect to “dumb” screens everywhere?

In the meantime, I’m still hoping for a holographic-projection wristwatch. Don’t think we’ll have them by this holiday season, though.