Social media adoption has grown in leaps and bounds over the past few years, and not just in North America. Did you know that Italian and South Korean online users are more likely to engage with social media than American online users? Likewise, most of the European countries we study have a higher percentage of Conversationalists than we find in the US.

Despite this, most industry conversation around social media tends to focus on the US — and over the past few years nearly all of the entries we’ve received for the Forrester Groundswell Awards have talked about US-focused social media programs. To help recognize the companies that are pioneering the use of social media outside the US, this year we introduced an international category to the awards.

This week at Forrester's Marketing and Strategy Forum EMEA 2010, I was proud to present the winners of the inaugural Forrester International Groundswell Awards, which you’ll see listed below. I was thrilled with the entries we received. We saw dozens of quality entries from around the world, and in the end recognized finalists and winners from four continents, as well as a number of global efforts. I hope that other companies learn from — and rise to the standard of — the entries we saw this year; and I hope that our 2011 international category sees even more — and even better — entries.

(The ground rules: Any social media program focused on an individual country outside North America — or on using social media as a global tool — was considered for the international awards. The best entry in each category won, of course; finalists are entries we also considered good enough to win an award but were trumped by the eventual winner. If a category doesn’t have finalists it’s because we only thought one of the entries was good enough to potentially win.)

Listening for Orange by Synthesio

Telecommunications giant Orange knew people were talking about its services online, and that it needed listen. With the help of Synthesio, Orange identified and listened to the key forums in which its products are discussed and the ‘super-contributors’ who talk most about the company — and then, crucially, put what it heard to use. Based on what it learned, Orange started participating in online forums to answer customers’ questions and was able to respond quickly when a new service wasn’t working as advertised. Orange estimates its listening program has already saved it a few million euros in support costs and helped it avoid several potential PR problems. 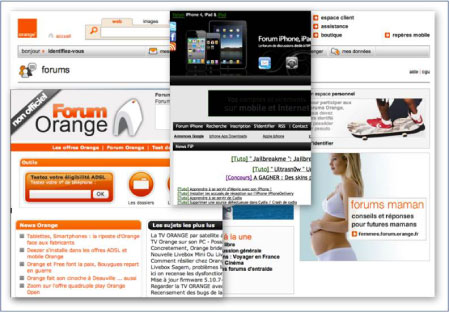 Conversations in China — Dell Talks Through Sina and Renren by Dell

Audi A1 – The next big social thing by Audi AG

Audi ran an absolutely phenomenal social media program. Knowing that its audience loved to talk about cars, it posted images of its new model – called the A1 – across the social Web. Audi then collected people’s responses from social networks and reposted them on a microsite. But the microsite didn’t just report what people were saying, it also allowed users to customize their own Audi A1 — and then encouraged them to share that as well. Almost 40,000 people created customized versions of the new model. In total 5.5 million people visited the microsite 119 million times. And the company reports that this program helped generate the largest number of car pre-orders in its history. 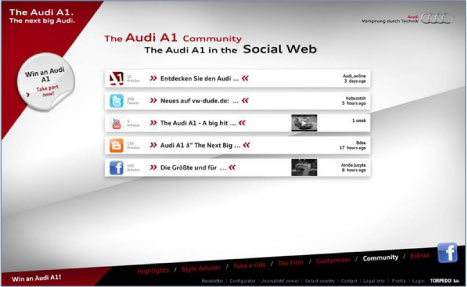 Microsoft knew the best way to get people excited about its new operating system was to put the software in their hands. So it worked with House Party to identify fans around the world, sent them free advance copies of Windows 7, and had them invite 10 friends each to a launch party. In total, fans threw 40,000 House Parties in 12 countries. And because the parties were organized and documented through online social tools, they reached well beyond the partygoers: Microsoft estimates word of mouth ultimately reached 25 million people. Within a month 64% of partygoers had bought Windows 7, as had 42% of the people they talked to about the parties. Microsoft says the parties played a role in 3.4 million software purchases. 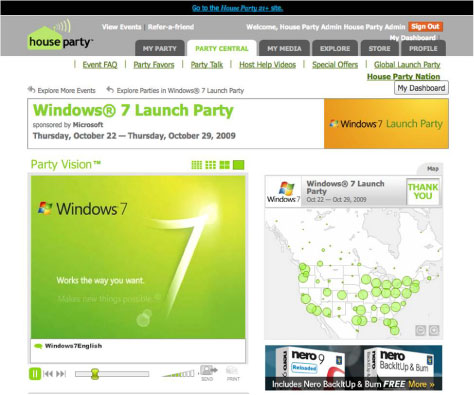 Hewlett Packard wanted to improve customer service while reducing its own support costs. The HP Consumer Support Forum, which it built with the help of vendor Lithium, does just that by giving customers a chance to share tips and answer each other’s questions 24 hours a day. In the past two years hundreds of thousands of people have shared ideas and solutions in seven languages across 20 countries. And while HP puts experts in the forum on occasion — like during the launch of new operating systems — 95% of forum content comes directly from customers. To date more than 4.6 people have told HP that the forum solved their support issues, which HP says makes customer happier and saves the company millions in support costs. 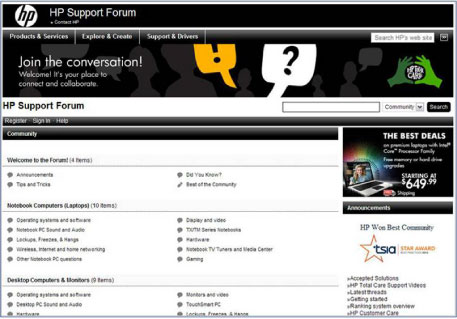 Giffgaff – The Mobile Network Run By You by giffgaff

Giffgaff is a UK mobile operator that started embracing its customers before it ever launched a product. When founder Vincent Boon decided to start a mobile network, he built an online forum to find out what people really wanted — and that input led directly to the creation of giffgaff’s packages and pricing. Today that forum still serves as the heart of the company — the place where customers contribute ideas for further product innovation and contribute ideas for marketing and promotions. The forum also handles 100% of customer support issues, most within five minutes. (The company doesn’t even have a call center!) Giffgaff is one of the best examples of embracing we’ve ever seen entered in the Groundswell Awards. 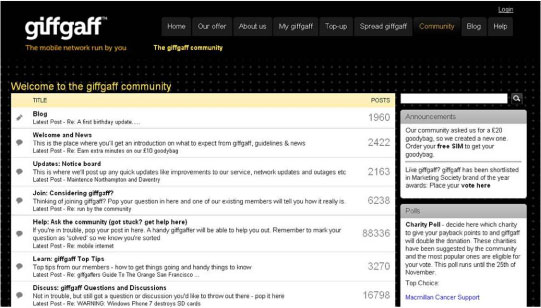 The Borlaug Global Rust Initiative is an international project founded to help reduce the threat of something called "wheat rust" – a crop disease that has the potential to devastate the world’s food supplies. Because the disease mutates as it spreads, scientists from different countries must work together to fight it, and they must do so quickly. The Knowledge Bank allows a small number of global wheat rust experts to rapidly share new knowledge with local biologists, agricultural organizations, and NGOs — and then allows them all to collaborate on solutions to beating the disease. Hundreds of researchers in more than 50 counties use the Knowledge Bank every day to fight wheat rust and protect the world’s crops. 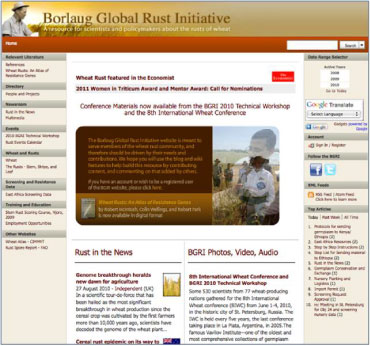 Nikhil Lai 5 days ago
The question I’m asked most often is “Is retail media overhyped, or is it the next big thing?” This question comes, in part, from media coverage and forecasts, including Forrester’s, that project a significant share of ad spend — nearly $100 billion, according to Boston Consulting Group — being absorbed by retail media networks (RMNs) […]
Read More
Blog

Stephanie Liu 5 days ago
In the era of data deprecation, many B2C marketing clients are asking me “How can I get more first-party data?” or “How do I get more customers to share data with me?” It’s a valid question and a totally understandable one. A common recommendation (including from Forrester) to contend with the loss of third-party cookies, […]
Read More