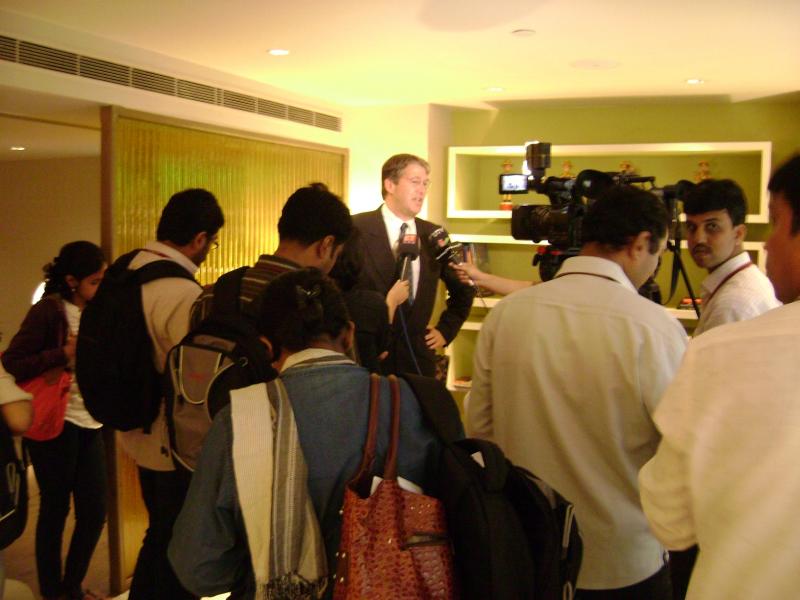 I met a client a while back who told me “I’m just getting back into working with Forrester again. Years ago, like 15 years ago, I used to have these great, animated conversations with an analyst there. John McCarthy. Do you know him?” This man remembered 15-year-old conversations. And having been in my share of meetings with John over the years I know why. He is one of my best friends, a great mentor and amazing analyst. His mind works so quickly, and he is knowledgeable about so many topics it’s almost impossible to keep up with him intellectually.

Why am I blogging about this story? Because this year John McCarthy celebrated his 25th anniversary with Forrester. He is in fact the first employee that George Colony hired. In an environment where people like to talk about rock star analysts, John McCarthy is John, Paul, George, and Ringo rolled into one (with good measures of Elvis and Johnny Cash too). He’s been on TV many times and has been the key spokesperson in his share of press conferences (notice the above photo of the Indian media interviewing him during a recent trip to that country), been featured on the front page of the Wall Street Journal with one of those rare sketched photos, and quoted on the West Wing. I’m not kidding – years ago John wrote a major piece of research titled “3.3 Million Jobs Go Offshore,” and a few months later it was referenced in the TV show. That’s influence.

John’s been an important part of the research and insight we’ve provided to Sourcing & Vendor Management clients over the years so I wanted to celebrate his anniversary with all of you in the community. There are a few ways we’re doing this and we encourage you to contribute too.

To celebrate some of John’s most memorable sayings (and there are many), we’ll be tweeting things John is known for saying. Some examples:

“There are more people in this room than there are IT service providers in Romania.”

“Do the math. You’re more likely to die by falling in the bathtub than by crashing in an airplane. Go spend 20 bucks and buy yourself a bathmat.”

Over the years, the research associates (RAs) on the SVM team have created several games, such as:

Admittedly, those games can only be played if you happen to be in the office with him, but there are play-at-home games too:

Please help Forrester celebrate John’s 25th anniversary by posting your own story or entry into the John McCarthy games in the comment section.  Congratulations, John, on this impressive milestone!

Stephanie Liu 3 hours ago
The privacy landscape is shifting quickly. It’s a critical time for B2C marketers to get involved in their organizations’ privacy programs.
Read More
Blog

Matt Steffen 6 hours ago
Has your company’s demand and ABM program earned bragging rights? Nominate it for Forrester’s 2023 B2B Program Of The Year Award and showcase it on stage at B2B Summit North America.
Read More