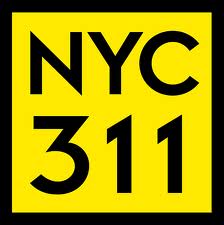 As I’ve been researching my upcoming report on smart city governance, the topic of integrated customer call centers keeps cropping up.  What is 3-1-1, and what does it mean for city governance?

In the US, the telephone number 3-1-1 was reserved by the FCC for non-emergency calls in 2003, and cities and counties across the country have since implemented comprehensive call centers to facilitate the delivery of information and services, as well as encourage feedback from citizens.  Access has since extended beyond just the phone to include access through government websites, mobile phones, and even social media tools such as Twitter or applications such as SeeClickFix or Hey Gov.

As a means of background, 3-1-1 services are generally implemented at the local level – primarily at the city or county level – with examples of calls including requests for:

Or the reporting of:

Or basic inquiries about:

What does this mean for cities, city services, and citizens? New York provides a great example.  With more than 350,000 city employees and more than 120 agencies, offices, and organizations offering nearly 4,000 different services to 8+ million residents – not to mention visitors, NYC gets a lot of inquiries, requests, and (of course) complaints.

A poll conducted prior to the launch of NYC 311 showed that:

So in 2003, NYC launched its 311 Customer Service Center, with the help of Accenture and Oracle. The integrated 311 solution provides a single point of entry to city government for all residents, visitors, and businesses, which required the development of a searchable knowledge base and taxonomy of city, state and federal government services – leveraging content management and call center technologies – and introduction of new operational processes – leveraging CRM customer contact applications.  Although 3-1-1 refers to telephone access, NYC's 311 Online offers the same information and assistance available through the call center – and provides the service much more cost-effectively for the city.

While all of that speaks to the front end, 311 also provides city agencies and officials valuable insights and data through business intelligence and analytical

reporting.  In 2006, as part of the city’s Citywide Performance Reporting (CPR) program, NYC  developed a set of enterprise business intelligence tools to help measure and manage performance across its many agencies, including detailed performance management reporting on the 311 Customer Service Center, as well as how agencies responded to customer requests. Through reports and dashboards, city leaders have integrated information directly from their “customers.”

According to the Mayor’s Office of Operations, year-to-date incoming calls in March 2009 reached almost 14 million, with an average weekday call volume of 60,749 and an average wait time of 19 seconds (against a performance goal of 30 seconds).  Actions taken broke down as follows: 49% information provided, 30% call transferred to another agency, 9% service request, 2% transferred to 911, and 10% other.  About ½ of callers got the information they needed from a single call.

What does this mean for city governance? The ability to bring services across departments more easily to citizens, to easily capture their requests and complaints, and to incorporate that data into decision-making and policy development brings the citizen directly into city governance – beyond just voting for city leaders once every few years.   New York is just one example.  Large cities around the world have launched 311 type initiatives and many smaller cities are joining together to share services for joint 311 initiatives. 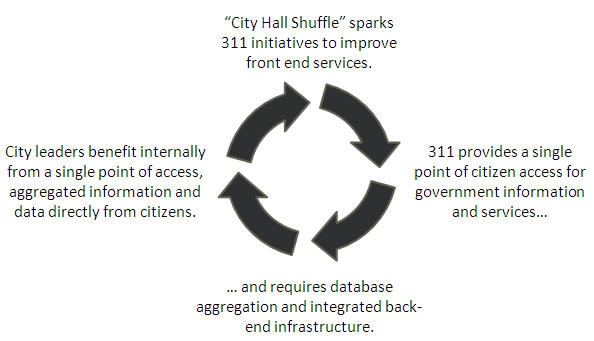 My upcoming report on Smart City Governance will address the issue of how technology vendors and service providers can help cities – and citizens – to improve not only the services they provide but the governance of the city itself.  Aggregating data and information for citizen services drives integration across city departments and agencies, which itself improves city governance.  Enabling city leaders to learn from the direct feedback from citizens makes that governance truly smart.

Christopher Gilchrist 9 hours ago
Tech Execs, do not be too aggressive with short-term cuts that inevitably will force you to play catch-up in the long run. Instead, be aggressive with repositioning your workforce to expand core business growth and strengthen the durability of your advantage in the market.
Read More
Blog