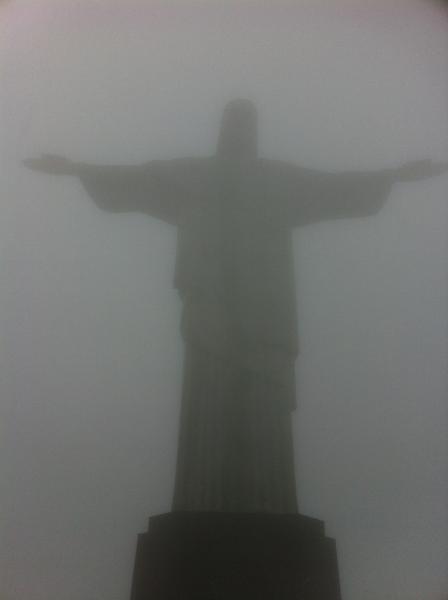 My first whirlwind trip to Brazil confirmed much of what I’d expected.  Brazil is booming.  Traffic in the cities is horrendous.  The buzz of helicopters in Sao Paulo is incessant.  And, there is huge opportunity for IT vendors and services providers.  But contrary to what I had expected, IT preparation for the upcoming mega-events seems to be getting off to a slow start.

We also met with a distinguished list of Brazilian IT services firms in both Rio and Sao Paulo, including PromonLogicalis, CMP Braxis, Cast, BRQ, Dimension Data, CI&T, iO2, and Sedna Partners.

What did we hear?

One surprise I did have was how little mention there was of IT for the World Cup and the Olympics.  Yes, there is talk of the upcoming mega-events but not necessarily from an IT perspective.  We heard from several people that IT will be an afterthought to the Games.  And, with concerns about corruption and the complexity of working for the government, some firms find government work daunting.  Others are ready, but not yet engaged.  Dimension Data mentioned its experience in building connected stadiums in Cape Town, South Africa. And, CI&T is currently building mobile, social applications for several of the sponsors of the Olympics but is still working on London, not Rio.

As for smart cities, as I presented at the Brasscom/Softex event, Latin America is the most urbanized of the developing regions – behind only North America.  Latin American cities are no exception to the pressures of urbanization.  That translates into huge opportunity for IT vendors – once the cities themselves embrace IT as a tool to address both urban pressures and address competitiveness.

I will be going back to Brazil in November to investigate further.  As you can see in my photo above, I didn't get a clear enough picture this time!

Dario Maisto 20 hours ago
Growth Despite Turbulent Surroundings 2022 was a tough year, and economic forecasts show uncertainty about what will happen in 2023. Complex global geopolitical conditions see constant announcements of budget cuts, layoffs, and tech execs’ priorities being reshuffled. Service providers are expecting growth in 2023, however, with a new focus on partnerships, delivering co-innovation, and building […]
Read More
Blog

Ted Schadler 1 day ago
On average, companies spend 28% of their technology budgets on technology services. Those budgets have increased by 13% over the past four years (and, for custom software, by 20%). And we don’t see this trend slowing. This lively and vibrant sector is both a fast follower of enterprise demand and an instigator, supporter, and sometimes creator […]
Read More