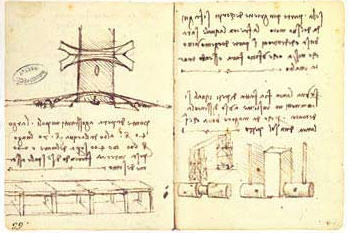 Smart cities come in all shapes and sizes. There is not one definition of smart. Think about the terms “street smart” and “book smart.” When I think about the initiatives or reforms that we’re seeing across cities, I’ve started categorizing them along these lines. New initiatives like sensor-based parking and traffic optimization fall into street smart, while streamlining of back office processes and applications tend to be more book smart. And as we know, it takes all kinds.

The hype of smart cities, however, has focused on the sexy new kid on the block. Everything sensor-based and “intelligent” has gotten top billing from vendors. However, many cities need to start cracking the books first.

Here are a few ways to start:

These are just some examples of impactful reforms that I consider part of becoming a smart city. But they seem undervalued next to the attention given to everything labeled as “smart,” such as “smart transportation,” “smart public safety,” etc. Yet it seems that the books are coming back in vogue.

Last week I attended an IBM Analyst Day in Milan specifically on smart cities. Many of the sessions were dedicated to better understanding of their new IBM Intelligent Operations Center (IOC), which brings together data from multiple city departments and provides a single view into the city. Imagine the transportation, utilities, and public safety departments being able to access and monitor each other’s activities. Transportation would know if there had been a power outage that knocked out the stoplights or streetlights, and the police would be able to increase patrols in those neighborhoods. These events might be triggered by the “streets smarts” of new video surveillance systems, smart grid, or sensor-embedded streets, but they can also trigger a workflow to address the problems: dispatching a police car or checking resources to address the issues. While Dr. Colin Harrison noted that there was risk of “scope creep” in that IOC was not originally “intended to do back office integration,” I was pleased to hear how basic back office applications fit into their Smarter City strategy. I almost jumped out of my seat. I like “book smart.”

In fact, one of the breakout sessions presented the Smarter Planet Enterprise Solution, which referred to the IBM Intelligent Back Office for Government (from IBM Global Business Services). This solution apparently brings together traditional enterprise applications, business process management, and the new IOC. From the way it was described, the solution is ISV independent. A city doesn’t need a wholesale transition but can keep a heterogeneous backend. Ideally, that enables a hybrid backend facilitating application consolidation and rationalization. And that is one of the best ways for a city to start getting “smart.” It falls into what I’ve called “Smart Governance.”

So, let’s encourage cities to hit the “books.” While maybe not as sexy, “book smart” can be as effective as “street smart” in helping cities address the issues they face.