In the consumer electronics industry – and more specifically, the rapidly changing tablet market – channel presents a major challenge to product strategists. Most product strategists sell their tablets at Best Buy, a retailer that receives high foot traffic from engaged buyers, but which contains a lot of competing models. It’s easy for any individual tablet product to get lost at Best Buy, particularly when the retailer is offering plenty of Android tablets with limited meaningful differentiation among them. Buying end caps (which are expensive, if differentiating) can help, but it’s not always clear that the Blue Shirts can explain every tablet’s value equally.

Apple has this quandary beaten: Its Apple Stores form the core of its retail channel, and after a product like the iPad has been popularized, Apple also sells via mass-market retailers like Wal-Mart and Target. Competitors haven’t been able to match Apple’s winning formula, though Microsoft is starting to roll out its own stores.

Barnes & Noble offers the most interesting test case: As Sarah Rotman Epps has written, the brick-and-mortar stores play a very central role in the product strategy of the Nook Tablet. The new Nook Boutique has finally launched (see photo below); how is it stacking up?

So far, it’s a great start. It’s a fairly radical change, if you think about it – turning bookstores into consumer electronics stores. Based on my visit to a single Nook Boutique (in Framingham, MA), I found:

All in all, it’s a good start for Barnes & Noble in its bid to transform itself from a book store into a Nook Store. 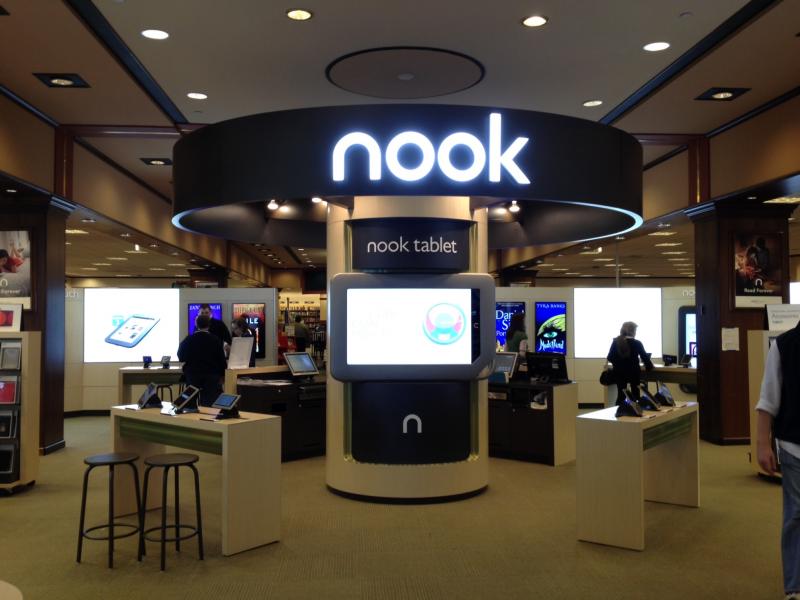 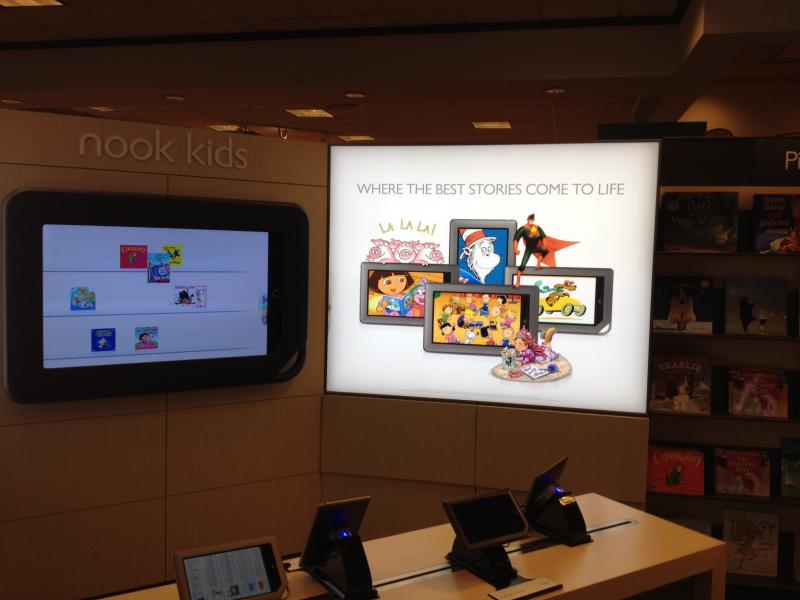