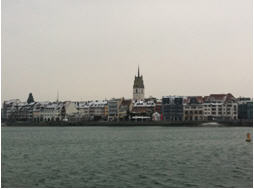 Several weeks ago I toured Friedrichshafen, Deutsche Telekom’s  T-City — a smart city demonstration project launched in 2006 to test the use of ICT across a real city with real people. The project began with a competition in which the cities themselves proposed a concept for how they’d use ICT and work with Deutsche Telekom (DT); 52 cities competed, 10 were short-listed, and Friedrichshafen was ultimately chosen.

Friedrichshafen is a relatively small city of 59,000 — not one of the megacities that have garnered so much attention from large technology vendors and the media. It is also not a greenfield city with a clean slate; it has an industrial history, with the Zeppelin Museum holding a place of prominence on the shore of Lake Constance.

The T-city project began with the installation of fiber to the curb and upgraded 3G mobile technology. This networking backbone powered more than 30 projects, from health and assisted living to education to home networking to smart grid. Some were simple citizen services applications — like the Flinc ride-sharing application or a kindergarten registration application — while others were more extensive infrastructure projects.

Several projects demonstrated great potential, while others provided valuable lessons by revealing regulatory constraints and daunting complexity. For example, the kindergarten registration application set out to solve a simple problem, both for the city and for parents. In order to secure places in kindergartens across the city, stressed parents put their children on multiple waiting lists. But these multiple lists were exaggerating the actual requirements for kindergarten placements across the city. The new application centralized the registration process, making it easier for parents but also allowing the city to plan resources more efficiently. A simple win-win.

However, another project in which diabetics and heart patients monitor, document, and manage their vital signs with a connected device and transmit the data via a mobile phone has met with obstacles. The idea is relatively simple: Diabetics need to better monitor their blood sugar levels. Bodytel, a company in which DT has invested, provides a monitoring solution. The testing device automatically pushes the results to a mobile phone app, which transmits them directly to the patient’s electronic medical record. No writing in a notebook; no cheating. Insurance companies now reimburse for the necessary test strips, but the catch lies with the doctors. There is no incentive for doctors to prescribe the use of the new systems, and uptake has been a challenge. The lesson here is valuable: The ecosystem is as important as the idea itself. The ecosystem can make or break an initiative.

T-city also launched an assisted living project, recognizing the changing demographics of the country. The German population will drop from its current 82 million to 69 million in 2050, with those over 65 accounting for one-third of the population. With fewer younger people, the working population will drop from 50 to 35 million. Given the costs of elder care and the shortage of retirement homes, the policy imperative is to help the elderly continue to live independently. Similar projects have been undertaken across Europe. In Friedrichshafen, however, the project aimed for mixed use — not just the elderly, but also the middle-aged (50+) or even younger.

At the project’s core was a simple in-home services portal that provided access to local shops and services like the pharmacy and the grocery store, bus schedules and taxi 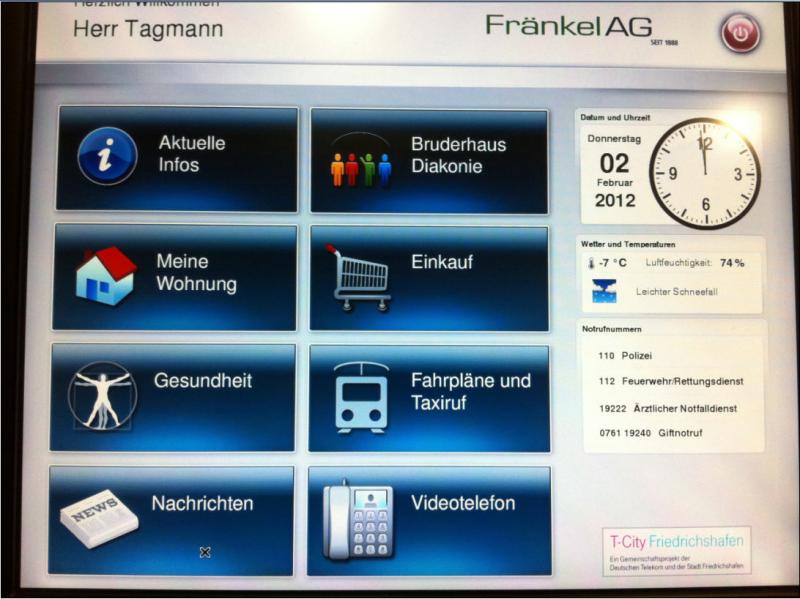 services, building management and maintenance, and news and entertainment. The key to the success of the project, however, was the ecosystem created. To start with, there is strong business interest. Health insurers are interested, because independent living is more economical. The building management industry is interested, because they want to keep tenants in their apartments longer to avoid costly turnover requiring maintenance upgrades. Older tenants are also good tenants; they pay on time and are quiet. And local merchants were interested in reaching out to the tenants: Grocery stores could advertise delivery services, pharmacies offered online prescription renewals, and taxi companies provided services. The question of what the portal’s value-add for young people, using just the Internet, would be did come up; that target market isn’t a slam-dunk. But with a strong business objective (lower turnover) and an ecosystem of partners to provide services, the project has an immedicate market, and can be self-sustaining. 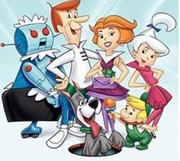 hat makes me think of the Jetsons.  As part of T-city, nine families across demographic groups — families, seniors, singles, and students — were selected (out of 548 applicants) to participate in the HomeNetwork2.0 project. The selected families tested various T-city projects, including smart metering to monitor electricity consumption, networked appliances to control home electronics via a single interface, and the most recent communications and entertainment equipment and services. As part of the T-city tour, we visited the home of one of the “futurist” families. The candor of the family was refreshing. They clearly enjoyed the experiment with the technology — which even made an impression on the toddler of the family, whose first words were “mama,” “papa,” and “iPad.” But the bottom line was eye-opening: They “would never have done it themselves.” The technology was “too complex as it is now” — and this was coming from an electrical engineer!

Clearly, pilots of these types of programs provide valuable insights into the market readiness for such technology solutions. DT has officially ended T-City in order to fully evaluate the results. But the most successful projects will continue, both in the city, elsewhere in the country, and globally. And some of the “futurist” projects might just wait for the future.