Skip to content
< Blogs
Home > Featured Blogs > Sometimes, The Elephant In The Room Is Meant To Be There!
After we packed up the kids and drove three hours to Disney World in Orlando, I sat up until almost 2 o'clock this morning reading the media coverage about Disney's soon-to-be-launched Next Generation Experience. While the blogosphere has been muttering about this reported billion-dollar initiative for a few years, the story took off early this year when the NY Times announced its impending launch. Unfortunately, most of the media coverage centered on the proverbial elephant in the room — privacy. Congressman Ed Markey exemplified the kneejerk reaction, demanding Disney CEO Bob Iger answer questions that were already addressed in the company's FAQs. If we were in Ireland or England, I'd say that Congressman Markey was taking the mickey! 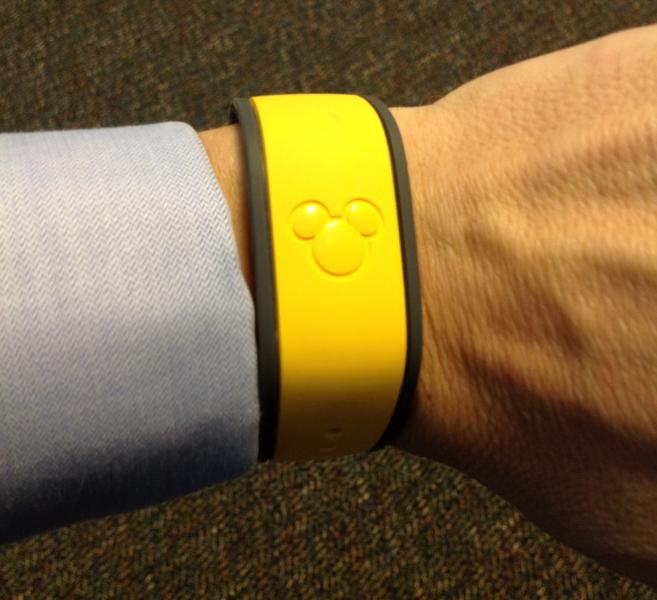 This morning, I got to sit down with Disney Parks & Resorts SVP of Customer Managed Relationships, Tom Boyles, to learn the truth behind the hype. I plan to write a more complete review as a Forrester report, but I wanted to post my initial impression here. First up, a full disclosure: I've spent my fair share of time with Tom over the past few years and am a huge fan personally and professionally. Tom proved to be an extremely popular speaker a few years ago at our Marketing Forum. And I also have an eight-year-old son and six-year-old daughter who, as I type, are running around Epcot having an absolute blast. So, in short, I'm a Disney fan. But that doesn't distract from the fact that I'm also passionate about customer intelligence and its use as a strategic asset for businesses to deliver value to customers by providing tailored service and enhanced experiences.
And this is where Disney excels. I spent almost four hours with Tom today, and we discussed everything from what prompted this Next Generation Experience initiative to how they justified the investment, measure the results, and build exceptionally complex systems to bring the promise to life, as well as how they brought together the various parts of the business to work together on this initiative. We bounced around from looking at RFID bracelets (see the photo) to direct mail pieces to four-year-old PowerPoint presentations. And, as I drove away from their offices this afternoon, my overwhelming impression was that Disney's primary motivation is to enhance their customer's experience. And I don't mean that as marketing-speak — it's what truly drives them. It fuels their decisions and acts as a filter on every discussion, question, and answer. It leads them to think about how they can maximize the experience that every guest has in their parks — reducing their time waiting for rides, avoiding splitting up families while they head to buy food, highlighting relevant "inventory" like seating availability at shows or parades, allowing guests to head straight from the airport to a park while their bags are delivered to their hotel room, and so many other major and minuscule examples.
And, yes, some of this will lead to greater revenue and profit. Well, after investing a billion dollars, I should hope so! And much of this will lead to better — or worse, depending on your perspective — capture of customer data. Don't get me wrong; companies should be held extremely accountable for the customer data that they capture, store, distribute, and use. And that's especially true when we're talking about minors. But I'm a strong believer that we need to look at the value and utility of the various products we're discussing and not just react to the specific activity of data capture. We're all willing to give up personal data when there's clear value and utility to us the consumer. In 2012, Mint.com — where people provide their most personal financial details — registered a reported 10 million users, up from 1.7 million four years ago. Millions of people use wearables ranging from fitness bracelets to stress management aids. Just this morning, I read about Tempo AI , which promises to tie together various personal pieces of data to deliver greater utility and data. If the benefit is great enough, most of us are very willing to provide our personal information.
But that's not to say we should ignore how firms provide an opportunity to opt out of a given initiative. From what I read last night in the review of media coverage during the past five weeks, critics of the Next Generation Experience initiative highlight that Disney will track guests around their parks and act as an Orwellian "big brother" They don't realize how, with their kneejerk reactions, they resemble characters from another Orwellian story parroting a different phrase — "two legs good; four legs bad." And I don't recall Congressman Markey reacting angrily and seeking clarification upon hearing the news that President Obama's data crunchers helped him win the November election — but then again, politicians usually have a separate set of rules that they feel they should live by (Do Not Call list exemption, anyone?).
Oh, and by the way, when Disney recently expanded their Magic Kingdom park and added a second Dumbo ride, why did they do that? So they could deliver the popular experience twice as often, or to twice as many people. There's no profit to be made from that — once you're in the park, you've paid. But, if it delivers a better experience, then maybe parents of young children will have a better experience, and maybe some of those will be more likely to return, and to do so sooner. And maybe others that save for multiple years for that trip of a lifetime will just enjoy it more.
Sometimes two elephants in the room are better than one! As Orwell wouldn't have said, "One elephant good; two elephants better."

The B2B buyer-vendor power dynamic has shifted. Learn what's driving deep change in buyer behavior and how to deliver experiences that build engagement and trust.

Mary Pilecki 3 hours ago
As one of the most popular loyalty programs in the world, the stakes for the Starbucks Rewards program are high. Today, the program boasts nearly 29 million active members and over half of Starbucks sales are driven through the program. Starbucks Rewards members collect “stars” for every purchase they make, redeemable for free drinks, food, […]
Read More
Blog

Christina McAllister 16 hours ago
When I first joined Forrester, I looked at the results from our annual Customer Experience Benchmark Surveys and saw that three customer service drivers kept coming up as some of the most influential drivers in a customer’s perception of CX quality: Did the agent answer all of my questions? Did the company resolve my problems […]
Read More