When Samsung made its move to install 1,400 store-within-a-store concepts at Best Buy back in April, we recommended that Microsoft take note. And take note, it did: Today Microsoft and Best Buy announced the launch of a new Windows Store at 500 Best Buy locations in the United States and another 100 in Canada, for a total of 600 in North America.

Instead of a store-within-a-store concept (which both Apple and Samsung now employ at Best Buy), the Windows Store represents a complete take-over of the PC department. Windows Stores will effectively replace the computer department at these 600 Best Buy locations. But they will offer a wider range of Microsoft consumer products (PCs, tablets, and accessories, of course, but also Office, Windows Phone, and even Xbox) than just PCs.

Microsoft’s Windows Store represents a vital strategic step forward in its retail strategy and ought to yield some benefits. At the same time, the move should have happened several years ago; it isn’t quite as ambitious as it might have been, and Microsoft will have to work hard to overcome legacy practices within the Best Buy ecosystem.

Why is this move essential for Microsoft? Put simply, the non-Apple Store North American retail channel for consumer electronics is broken … and it’s getting more broken: 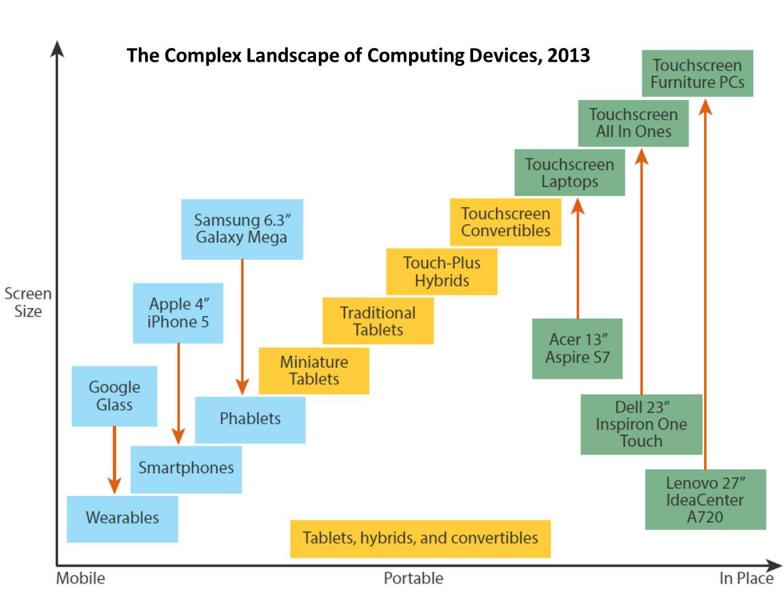 Absent a customer-centered, richly curated shopping experience, consumers can’t figure out what all these Windows 8 options represent. Which are laptop replacements, and which are adjunct devices? Which form factors can truly be thought of as tablets, and which are more “PCs plus touch”? To navigate the confusing diversity of choice, buyers need: 1) compelling displays where they can touch/feel, try out, and, most importantly, determine how a device would fit into their own lives, and 2) compelling sales conversations with well-trained store associates. These are some of the needs the Windows Store will attempt to address.

Microsoft’s move will upgrade its retail capabilities significantly, but it’s not as powerful a move as rolling out 600 Microsoft Stores (however expensive) would have been. Microsoft will gain a powerful asset in selling Windows 8.1 devices and other consumer offerings — but how much the Windows Store can move the needle on the overall market remains to be seen.

The most compelling aspects of Microsoft’s move include:

All in all, the opportunities outweigh the challenges with this move. But Microsoft will not rise to the strategically stellar position currently occupied by the Apple Store, which remains the most impressive achievement in retail in any category.

J. P. Gownder is a Vice President and Principal Analyst at Forrester Research. You can follow him on Twitter at @jgownder.