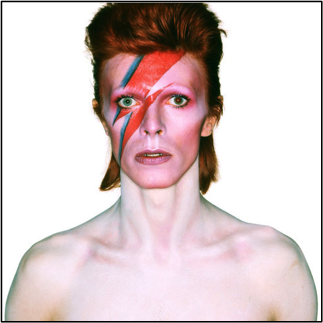 In 2002, the zeitgeist orchestrator David Bowie  opined, “Music itself is going to become like running water or electricity.” A few years later, in 2005, the futurists Gerd Leonhard and Dave Kusek proposed “music as water” in their industry-shaking book, The Future of Music (A Manifesto for the Digital Music Revolution).

The metaphor was simple — music would flow on demand, like a utility, to people's home hi-fis and portable music players. Subscription access to "all" music was the approach that ultimately ended up with no more ownership of physical or even digital copies; CDs, mp3s, and the other ground-bound trinkets would no longer be necessary. Even in my own behavior, I see this change — where once I’d spend time ripping my CDs and loading up my 160GB iPod, now I simply curate music, like my Boxing playlist, in the cloud via Spotify.

Eleven years later, Bowie’s prediction is coming true and streaming is progressing at speed. In metropolitan Argentina 1 in 3 consumers are listening to streaming music – evenly split between mobile and computers (desktop, laptop, tablet). In France 15% of those we surveyed streamed on a computer but a whopping 27% used mobile. In fact this trend to streaming via mobile is likely to be one that will continue worldwide and today in metropolitan regions of Hong Kong and Mexico, as well as South Korea mobile has already considerably overtaken computers as the preferred listening method.

The lion’s share of labels and, increasingly, the musicians they represent understand that digital plays by different rules. While merchandise and events are becoming increasingly important sources of revenue, digital trinkets are not. The transition to "music as water" is well underway, but not without bumps and grumbles from some of the players in the ecosystem who are not necessarily on the same page playlist.

And, of course, what is of interest to marketers is the way they can play a part in the world of streaming audio. The additional stakeholders to add to the ecosystem are:

My new report, In-Stream Audio Advertising shows why this new avenue for marketers is rich in data, provides positive ROI, and is a marketing outlet that is largely underinvested in. Finally, for those looking to get advertising traction on the difficult medium of mobile, in-stream audio is a particularly good method, with subscription models baking in opt-in advertising as part of the deal.

My view is that downloading is a transitional stage for the music and audio industry and that consumers' personal libraries of mp3s will dwindle as CDs, tapes, and vinyl did before them.

What do you think? Are you using in-stream audio advertising in your marketing? Do you plan to use it? Is the business model shot to hell?

And one more thing . . . for those looking for a high-energy workout playlist, please find mine below. For those of you on freemium and not being retargetted, the ads you hear most certainly won’t be for pillows, baby formula, and tranquil country walks!

Michael O'Grady 19 hours ago
In 2023, we anticipate that two-thirds of global B2C e-commerce will come from online marketplaces.
Read More
Blog