Skip to content
< Blogs
Home > Featured Blogs > PC and Mobile: There Can Only Be One Industry, As Lenovo’s Rumored Purchase of HTC Reiterates

Rumors have been swirling for a couple of months that Beijing-based Lenovo might purchase New Tapei, Taiwan-based HTC Corporation. Following Google’s acquisition of Motorola and Microsoft’s purchase of (most of) Nokia, the move could make sense, given Lenovo’s stated strategy of becoming a “PC-Plus” company with a new focus on mobility.

As I predicted recently, there will be a forthcoming wave of industry consolidation. But what we mean by “the industry” is itself changing. My colleague Frank Gillett has been tracking this evolution for some time, having asserted in 2012 that the analytically sound way to look at operating systems combined mobile and PC OSes. There’s no separation, effectively, between PC and mobile hardware vendors. It’s one industry now.

Geeks Will Know: The Photo’s From Highlander 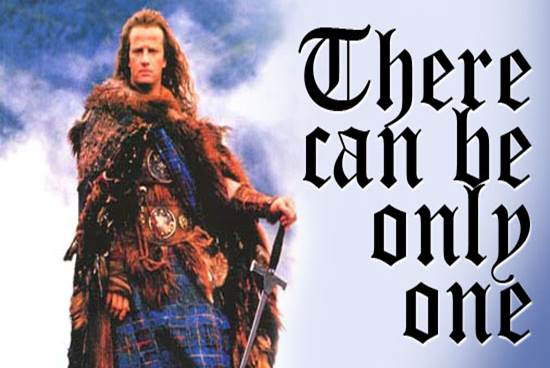 Apple and Samsung represent the quintessential “new OEMs” in this combined computing industry, offering the trifecta of today’s key computing form factors (smartphones, tablets, and PCs) – and, in Samsung’s case, a wearable computer as well (tomorrow’s form factor). The big difference between the two companies remains operating system control – which Apple has, and Samsung doesn’t. (Let’s leave Samsung’s Bada and Tizen aside, since they’re not globally mainstream or fully developed; Samsung is tops in Android but also embraces Windows). Apple and Samsung have created a profit duopoly over mobile handset profits

So all the other PC OEMs and Mobile Handset OEMs face an important choice: How do we create ecosystems of value that span product form factors in a world where traditional PCs are either adapting or declining in sales, and mobile devices like tablets and smartphones are increasing? Lenovo is one of many companies trying to figure out this portfolio puzzle.

Lenovo has two choices on mobile: Continue its organic strategy (making its own smartphones) or purchasing a major player.

But is HTC still worth buying? Probably. Shockingly, HTC’s stock has declined 88 percent from its 2011 peak, when it enjoyed top global market share. That’s some seriously damaged goods if you only look at the stock market. But that would be too narrow a view. Leaving aside the geopolitical implications of a Chinese company buying a Taiwanese one, HTC can offer Lenovo:

Whether or not Lenovo buys HTC, both companies will need to figure out their strategies in the future combined PC-tablet-smartphone-wearables computing market. Because in terms of an industry, there can only be one.

J. P. Gownder is a Vice President and Principal Analyst at Forrester Research. You can follow him on Twitter at @jgownder