Today at the Forrester eBusiness Forum in Chicago, I had the pleasure of announcing the winners of the 2013 Forrester Groundswell Awards. For the seventh edition of our awards we introduced all new categories, based on Forrester’s Marketing RaDaR model, and the way social programs can support the Marketing RaDaR. So our awards this year included the following categories:

In all, we received nearly 150 entries for this year’s awards, including entries from all over the world. Many were excellent quality, and it was often hard to choose the best in each category. We applaud all the companies who entered — but of course, only a handful can win.

So without further delay, I present to you the winners of the 2013 Forrester Groundswell Awards:

Business-to-consumer Social Reach was our most competitive category this year, receiving 30 entries. Pepsi, SodaStream, and Purina all deserve recognition for their outstanding work. But our panel thought City Year’s program stood out.

City Year is an education-focused non-profit that works with at-risk students in urban schools. Each year, young adults serve as corps members and dedicate a year of full-time service to help students stay in school and stay on track to graduate. Finding high-performing young adults to serve as corps members is vital to City Year’s success — but the organization found that awareness of the organization among its target audience was too low.

So City Year enlisted its existing corps members to get the word out through social networks. Those members posted almost 29,000 tweets using the #makebetterhappen hashtag, and in total generated more than 26 million Twitter impressions — phenomenal reach. The result? Brand awareness among college students nearly doubled, and the number of students who said they’d either applied or planned to apply to City Year went up by five times in one year. 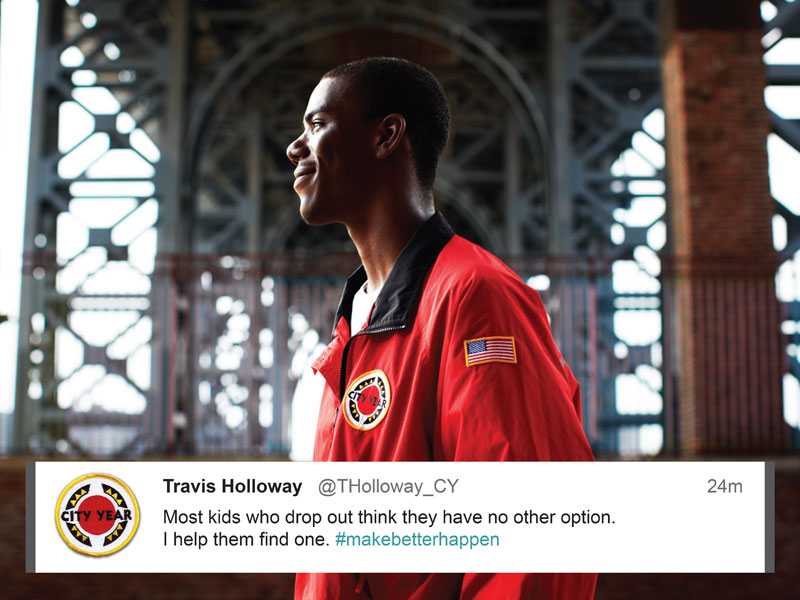 Brainshark, a company that offers online video services to businesses, knew its customers loved its offerings — but those customers weren’t always telling others how great Brainshark was. So it built an online community where it could challenge satisfied customers to promote the brand through social channels. Brainshark now has 249 champions in its program; it’s more than quadrupled the number of companies willing to serve as reference customers; and the program has increased Brainshark’s reach by more than doubling Twitter activity around the brand.

For much more detail on Brainshark’s winning program, click here. 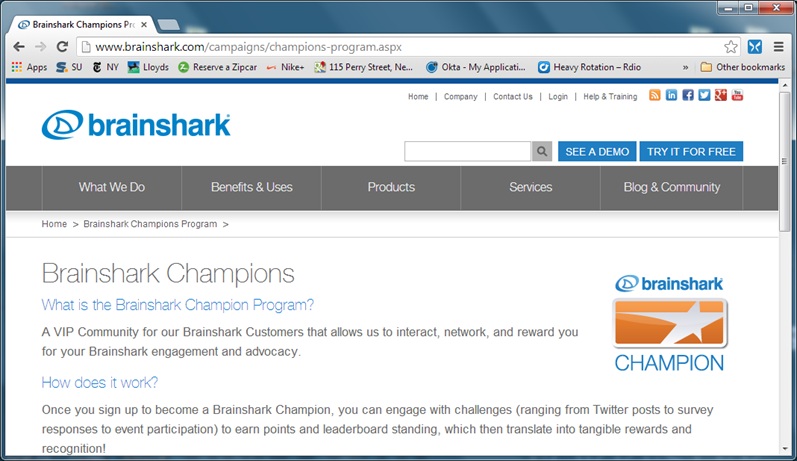 Milwaukee School of Engineering is a private, non-profit university that wanted to drive more applications and encourage more of the students it accepted to attend the school. MSOE built an online community where prospective students and their parents could interact with MSOE’s admissions counselors and learn more about the school and the admissions process.

The result? Prospective students got exactly the depth they were looking for — and MSOE not only generated many more applications much earlier in the year, it also saw the number of accepted students who sent in a deposit grow from 30% to 38%.

For much more detail on Milwaukee School of Engineering’s winning program, click here. 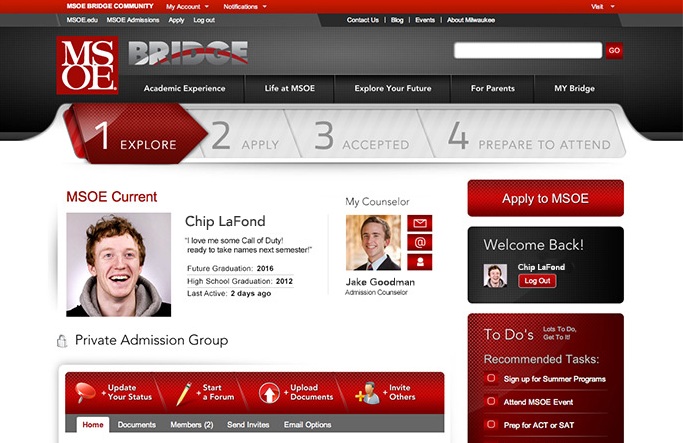 The Webroot Ambassador Program is an excellent example of social reach marketing — but we thought it was even more deserving of recognition in our social depth marketing category. The online security company knows that people mostly talk about their antivirus software when it fails, not when it succeeds. So it set up an ambassador program to ask satisfied customers to tell others about their experiences. More than 200 ambassadors now take part, and 20% have directly created new business for Webroot.

But more impressive was the company’s decision to send video cameras to its best ambassadors and ask them to record testimonials. Webroot added these video testimonials to its site, to make sure prospects found the depth of information they needed to make a purchase decision. And the tactic worked: Landing pages featuring video testimonials have conversion rates nearly three times higher than those that don’t.

For much more detail on Webroot’s winning program, click here.

Although Dr Pepper’s Facebook fan base had grown significantly in 2010 and 2011, its 11 million fans weren’t very engaged. So Dr Pepper and Code and Theory reignited fan passion by creating content that championed the “Pepper lifestyle.” The new strategy recognized that Dr Pepper isn’t a brand for everyone — and celebrated the distinctive point of view and personality that makes its fans unique.

The program revived fan interaction: Facebook engagement rates grew 64% in 2012 and are up another 46% in 2013. But more importantly, it turned Dr Pepper’s fans into better customers. Studies show that after someone becomes a Facebook fan of the brand, they take 35% more shopping trips in which they purchase Dr Pepper. 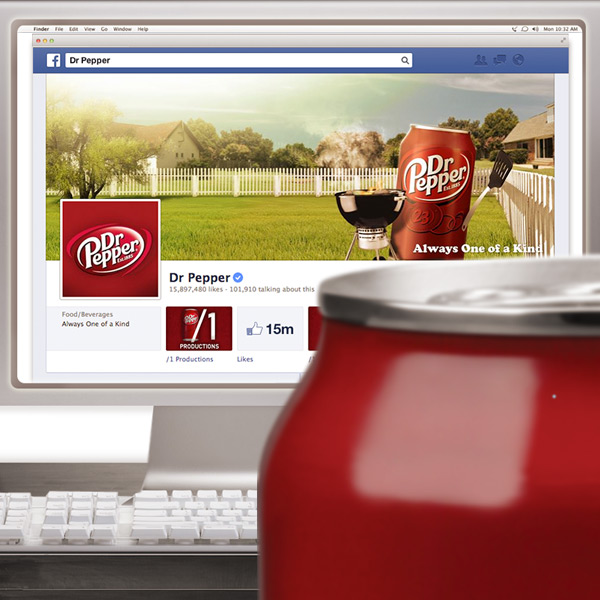 Analog Devices may call this a support program, but it’s much more than that. The semiconductor manufacturer built an online community where engineers could get help using the products they’ve bought. And in addition to troubleshooting problems, those engineers now collaborate on new designs and find new ways to use Analog Devices’ products.

Today, thousands of engineers use EngineerZone, and 90% of them say the community is helpful to their design process. Crucially, the program also makes Analog Devices’ customers more loyal: 76% of community members say they’re more likely to buy from the company knowing EngineerZone is available as a resource. 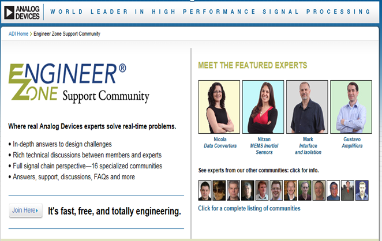 American Greetings wanted to inform customers about justWink, its new line of greeting cards that users can customize with their own photos and messages. It used YuMe’s “mobile flip” ad unit to offer users a rich, immersive experience on any mobile device and to drive brand awareness. In total, the brand delivered 10 million mobile ad impressions; 74% of users completed the video, and more than 700,000 interacted with the ad. Thousands more used the ad to locate a store where they could buy justWink cards, downloaded the brand’s mobile app, and shared the ads through Facebook. 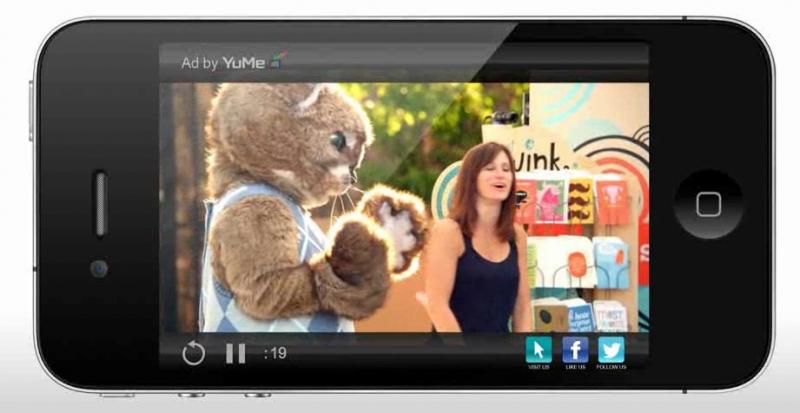 Michael O'Grady 7 hours ago
In 2023, we anticipate that two-thirds of global B2C e-commerce will come from online marketplaces.
Read More
Blog