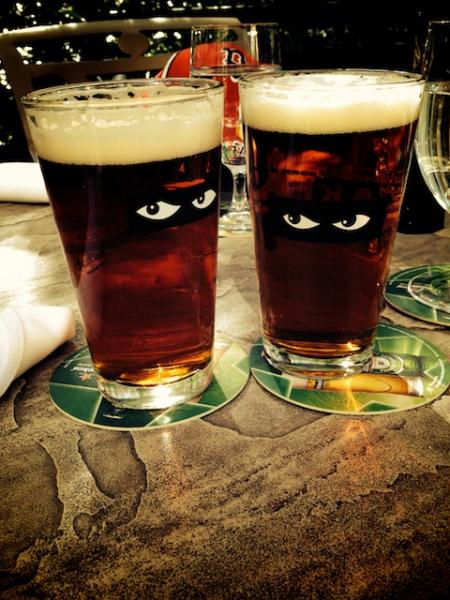 Holiday season musings: One of the biggest differences between the US and Britain is the great British pub. And recently I’ve been wondering about the connection between the pub and innovation.
It seems to me that Britain produces a surprising amount of innovation per capita (no doubt someone can point me to some research on this). Why do so many great innovations come from this small island?
Could it be that the great British pub has something to do with it? It’s clear that a great many innovations are nurtured and developed through the interactions between people. And the pub has always been place for social interaction. For me, one of the facets that distinguishes a great UK pub from an American bar is that it’s relatively easy to sit next to a complete stranger in a pub and strike up a deeply philosophical conversation about something of great import; in a bar, it’s almost impossible to strike up a conversation with anyone you don’t already know unless it’s related to the local sports team.
Assuming my premise is correct that there is some causative effect between the traditional local pub and innovation, what will happen to innovation in Britain with the demise of the local pub. Will we see a reduction in great innovation from the UK?
But beyond these musings, what are the implications for the design of the workplace? Much has been made of the trend to locate high-tech startups in incubation spaces — effectively replicating the pub without the beer (or in some cases with the beer!). And with more and more people working from home, how should we think about creating the serendipitous connections between people that would normally occur in the office? How will employee collaboration tools need to evolve?
I don’t profess to have all the answers, and clearly more research is needed on the role of beer in the innovation process. I think I know a few people who might be willing to undertake such an arduous research assignment.
Next post: 2014: Digital Reality Sets In
Previous post: 5 Steps to transform IT from Order-taker To Business Partner: Part 2