Up until this week, Google had remained reticent about speaking of Google Glass as an enterprise tool. Google is a mass-market consumer company whose main revenue streams derive from huge scale; its aspirations for Glass are, presumably, both ambitious and far-reaching. In consequence, Google's leaders want Google Glass on the faces of as many consumers as possible. Enterprise represents, at best, a bit of a diversion from that mass-market ambition.

Nevertheless, as I pointed out in January, Google has begun to tell stories about how Glass can create value in an enterprise setting. Their videos of public safety officials using Glass for firefighting tugged at the heart-strings, even as the NYPD pilots the device as well. But April has seen a flurry of enterprise-related Glass news, including an explicit posting on Google+ about enterprise.

In addition to all those consumer Glass Explorers, "Something we've also noticed and are very excited about is how Explorers are using Glass to drive their businesses forward," Google wrote. "A number of companies have already teamed up with enterprise software developers to create new ways to serve their customers and reach their business goals."

This crack in the consumer-only armor of Google's strategy for Glass is highly significant. Many vertical industries stand to benefit from Glass in the short run, including healthcare, as Fast Company described in a vivid recent article. 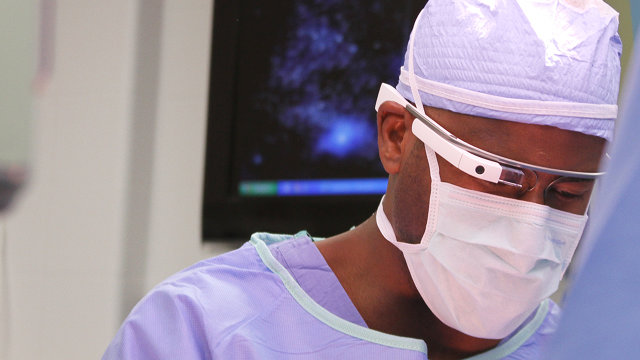 Why is Google making this move? Demand from both enterprises but, especially, developers. Developers face a bit of a conundrum: Many came to Glass with aspirations of building a killer consumer app, yet the hardware itself isn't in general release — consumers can't buy it at any store. Selling $0.99 apps isn't going to make a developer any money selling to only the ~10,000 Glass Explorers who have the product. Enterprise offers more immediate potential rewards — high price points, ancillary revenue streams for custom app development, and a plausible business model. Google is trying to court developers, now, for enterprise app development.

I've written a report for clients that goes deeper into this development. Google’s embrace of enterprise needs will lower the barriers for using Glass to solve business challenges. As a result, Forrester believes that Glass will become a much more valuable tool for enterprises to conduct business and to serve customers. For example, Google's explicit enterprise support might help companies in healthcare navigate HIPAA regulations more effectively, if Google does this right. But there’s a possible downside of Google's support of enterprise Glass as well: Will consumers start to perceive Glass as merely a tool for work? My report offers insights into the implications of Google’s Glass announcement.

Please read and download the full report here to find out more.